Are you heading to Seoul, Korea?
Stores, carts and stalls selling these foods increase in numbers as temperatures drop, making people warm up and take a bite before continuing their journey, as it is easily noticeable at every street corner. Standing around a cooking stove, it not only makes everyone forget the cold winter weather for a while, but also helps Koreans recall their childhood memories.
Here is a list of the best food markets in Seoul and what to eat in each food. Get some tips from those who have lived and eaten in Seoul ! 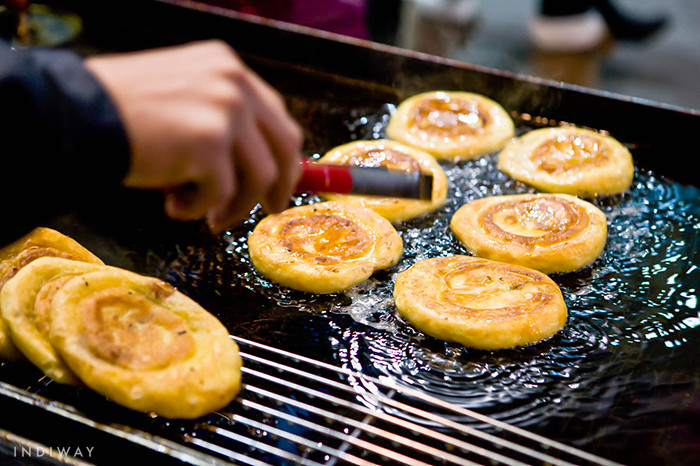 Hotteok‘s dough is made from flour, water, milk, sugar, and yeast. The dough can be inflated for several hours. The hand-sized of this stiff dough is filled with a sweet mixture, which can contain brown sugar, honey, chopped peanuts and cinnamon. Place the filled dough on the greased grays, and when cooking, press it flat, drawing a large circle with a stainless steel circle and a special tool with a wooden handle. The type of hotteok has been constantly changing, although many people like traditional cinnamon and peanut butter. Like many of the other street foods in Korea, hotteok is a steal at only 700 to 1,000 won a piece. 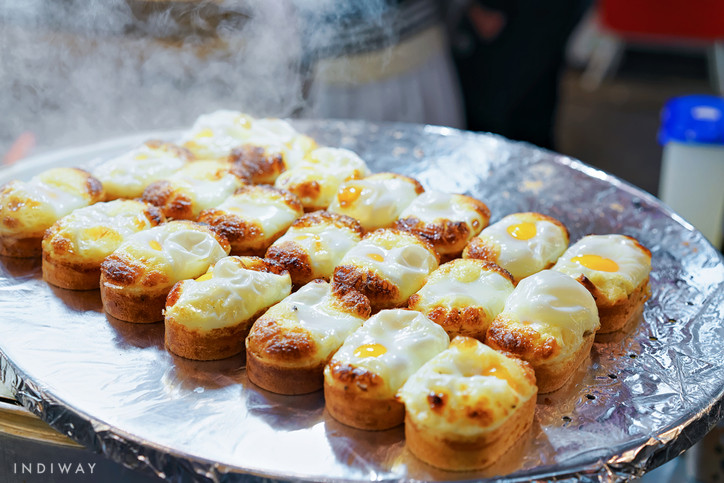 Egg bread is a popular winter street food in Korea along with hotteok. It has a somewhat similar flavor to an egg-infused corn muffin and tastes a little sweet and salty at a time. There are several variations of this egg bread. Some things look like sandwiches : eggs are between bread doughs. Others can see egg yolks clearly because the eggs are right on top of the bread Also, interestingly, some people said that some merchants squeeze tomato sauce on the bread.  Common toppings include chopped parsley, cheese, and diced ham. 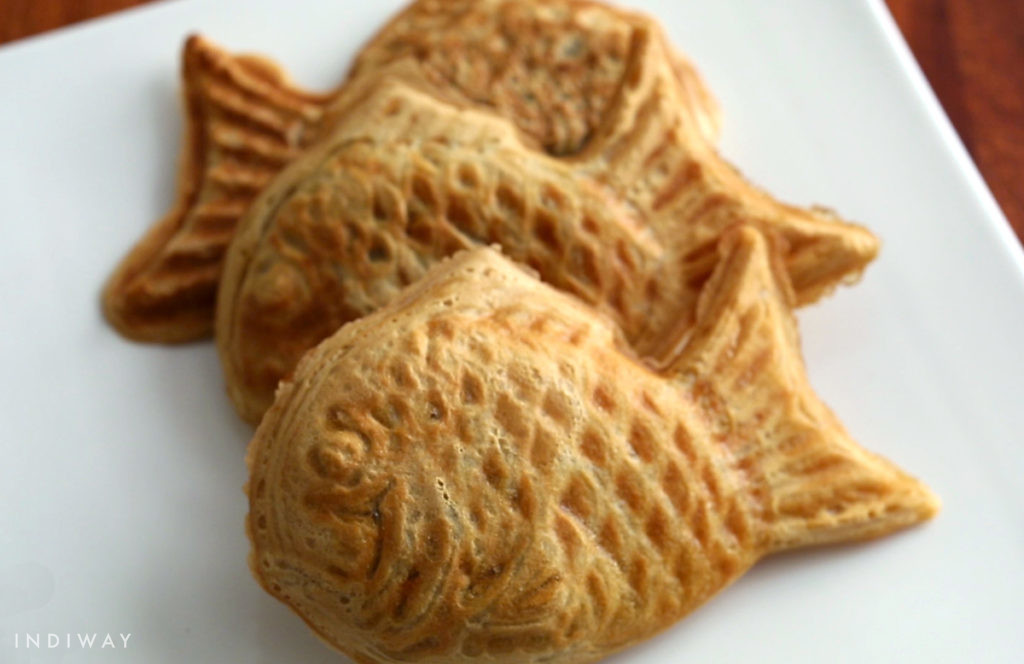 Bungeoppang is made by pouring flour dough into a black cast iron frame shaped like a fish to fill it with red bean Bungeoppang can vary in shape and color depending on the amount of flour used and baking time, but taste is always a satisfying food for the crowd!
For many Koreans, the sight of freshly baked fish buns and their sweet fragrance blowing through crisp winter air is a sign that winter has truly come. These days, in addition to traditional red bean paste, you can meet a variety of fish-shaped buns, including bungeoppang, mini-bungeoppang. Prices vary by region, but three to five are usually sold for 2,000 won. 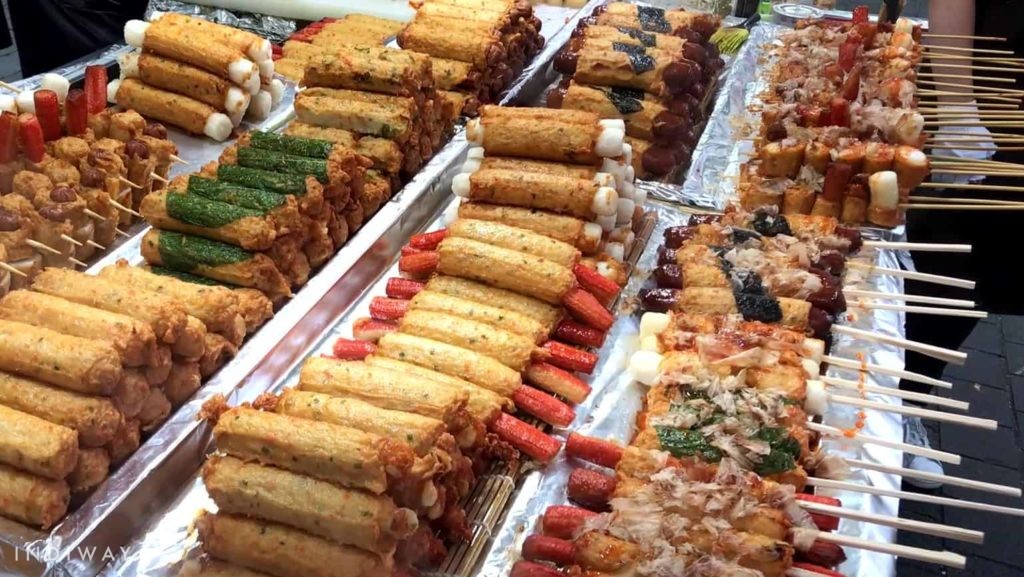 Another street food snack Koreans enjoy as the temperature goes down is skewers. Prepare fish cakes on skewers and boil them in soup with radish and kelp. Fish cakes, unlike tteokbokki, are excellent supplements that are not spicy and help soothe the spicy taste of tteokbokki, of course, and are found when you want to speed up the thawing of your body. Crock-paste is usually priced at 500 won to 1,000 won, and is often sold in stands such as tteokbokki. 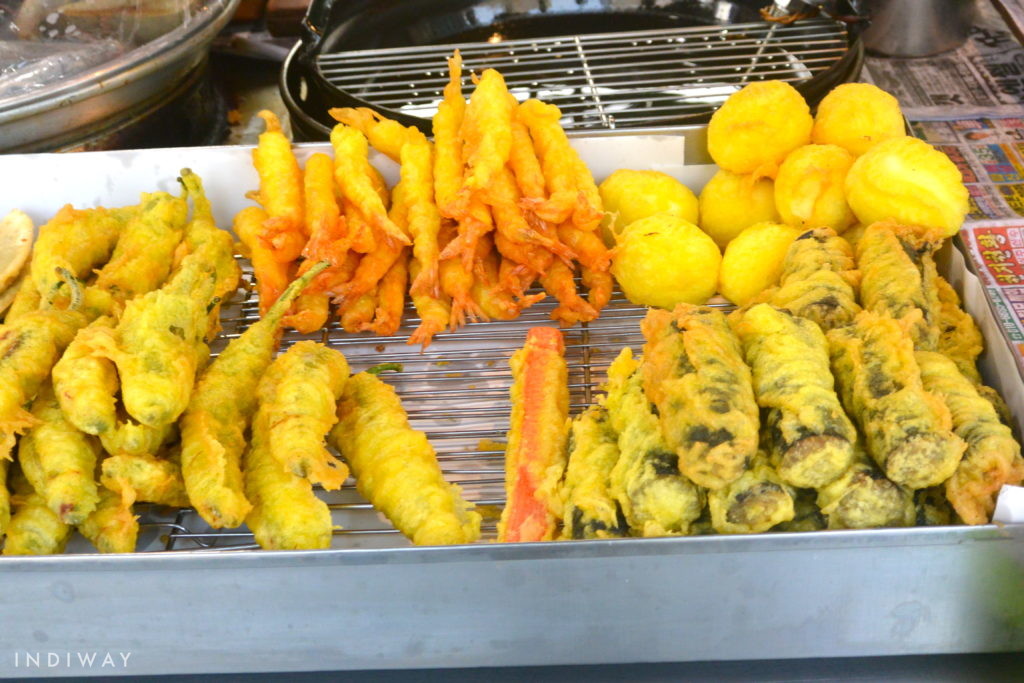 The Korean version of the tefura is made until it is nicely crunchy, but very delicious, even with a variety of vegetables, squid and even rice coated in a thick dough! It refers to a dough that contains almost all kinds of vegetables, meat, seafood and gimbap that you want to immerse in the dough. If you’re drooling now and desperately trying Twigim, why not make them yourself? As you can see, Twigim is just a snack and, like most snacks, it is very easy to make.