Gimje, located on the “great plains” of Korea and has been cultivated since ancient times, is known as the region where the sky meets the ground, hence the festival of horizon or ‘jipyeongseon.’ Every year, Gimje Horizon Festival hosts a wide range of programs including Samullori (traditional percussion quartet) contest, rural landscape drawing contest, celebratory performances, street parade, Ssireum (wrestling), and traditional weddings. Gim e is the only region where Koreans can see the horizon from a landlocked area. It also provides city residents a chance to experience traditional farming methods. 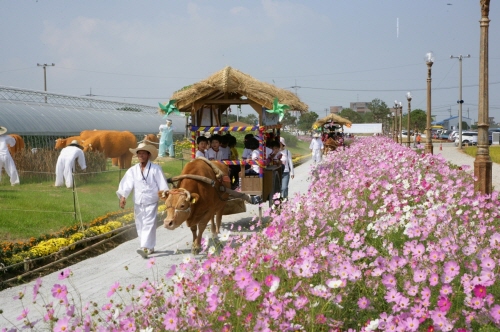 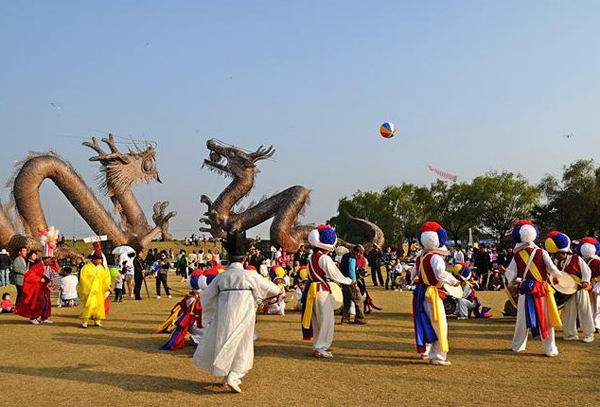 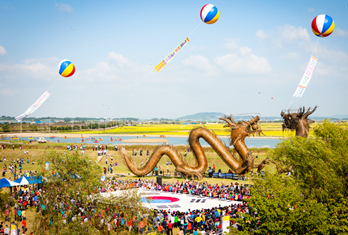 Nevertheless the city government has always highly regarded and promoted the cultivation of rice and other crop species. From the Baekje Kingdom through the 21st century, Gimje has been one of the best areas for growing rice. Gimje Horizon Festival, held from late September to early October every year since 1999, consequently has been taken place at Byeokgolje Reservoir, which is the heart of the Honam rice bowl.

The festival aims to show the importance of Korea’s farming culture, which is a foundation of the nation, with the theme of sky and land meeting at the horizon. The festival also aims to promote the regional image and economy. Many dynamic and active programs are available for festival-goers to participate in before the golden horizon.

Ikseon-dong Hot Place 5 | HOW TO SEOUL