A Deep and Wide World of the Ocean
Spread out in front of you! 🐠🐟 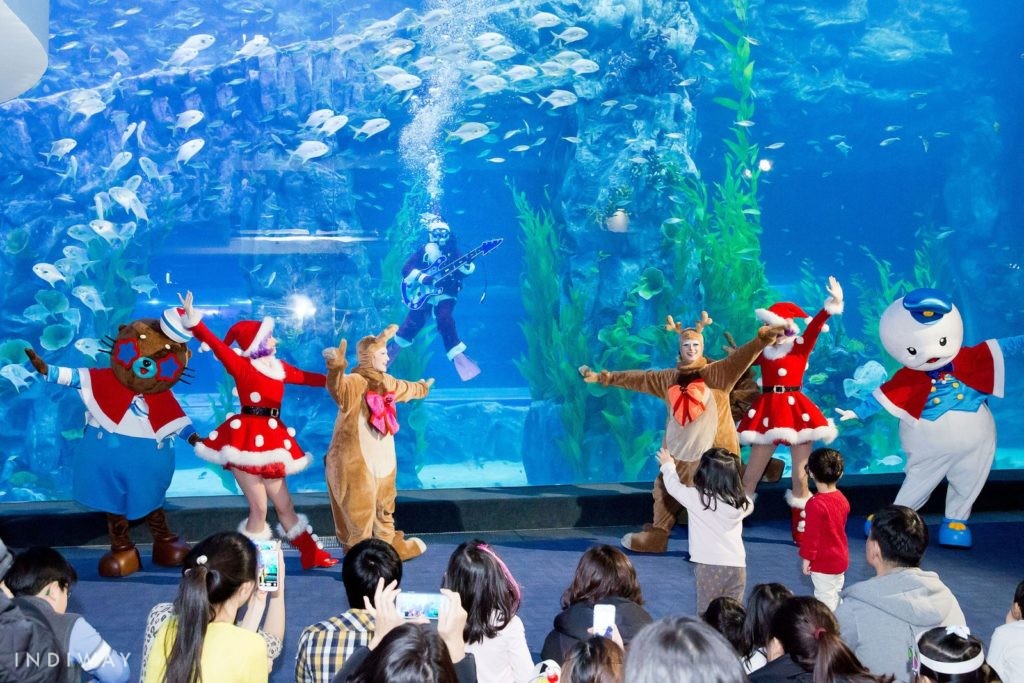 Five of most popular animals you can see in Lotte World Aquarium
1. Beluga 🐬 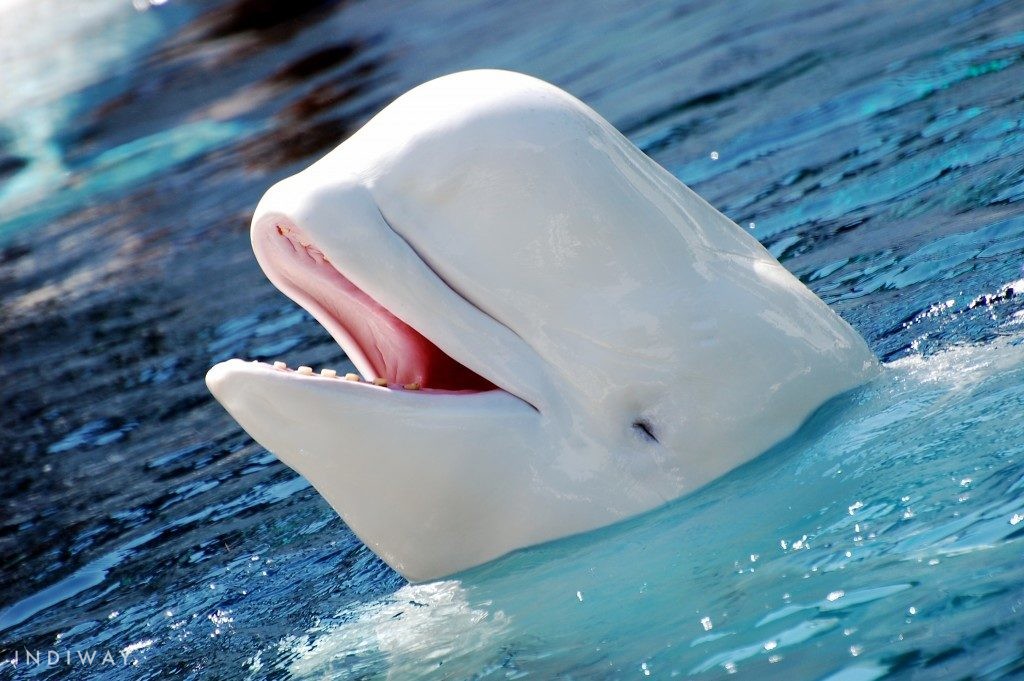 White as snow, white Beluga! Beluga means “white” in Russian. It is dark gray at birth, but grows white as it grows. Belugas live in icy cold water around the Arctic Ocean. Also unlike other whales, Beluga has no dorsal fins, so it can swim under ice without striking, and its free-moving neck makes it easy to hunt crustaceans hidden in the sand.

The California sea lion (Zalophus California) is a coastal fish seal that lives in western North America. It is one of six species of sea lions. Its natural habitat ranges from southeastern Alaska to central Mexico, including the Gulf of California.Sea lions feed on many species of fish and squid and are eaten by killer whales and white sharks. 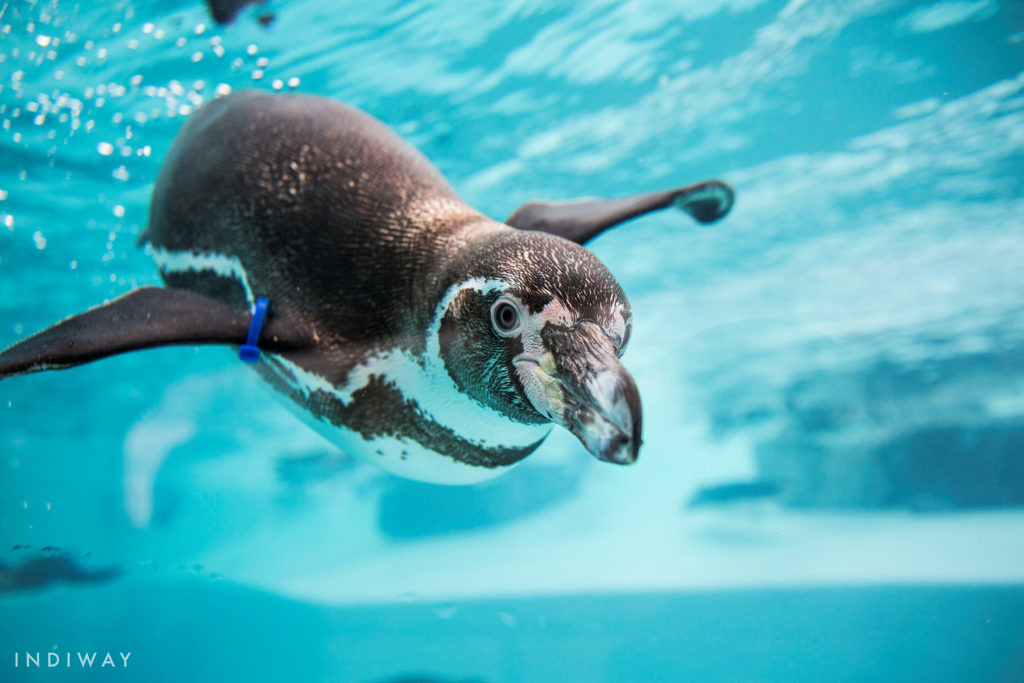 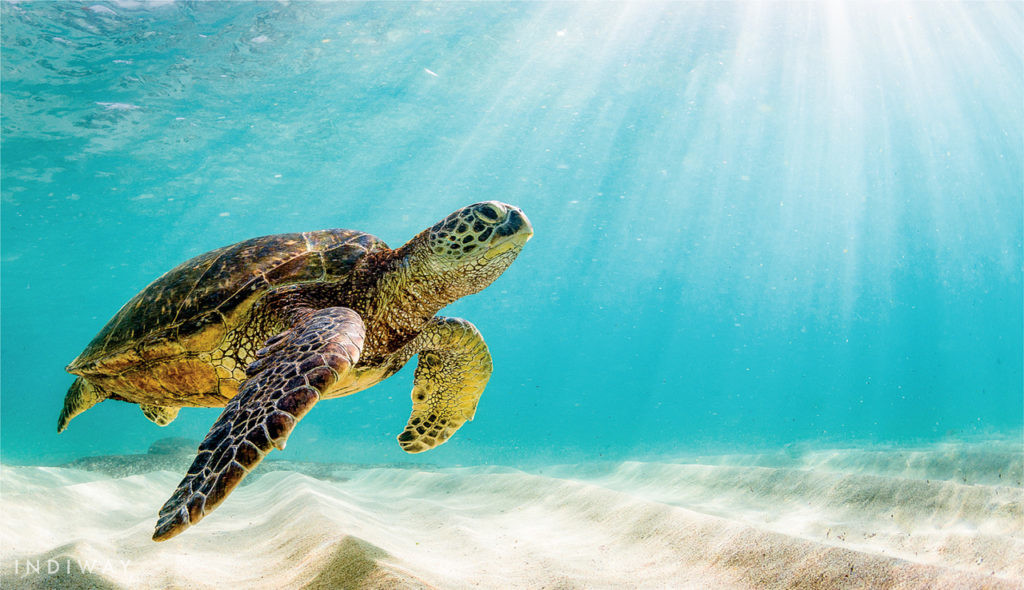 The green sea turtle is a large sea turtle with Chelonia. It is the only species in genus Chelonia.  Its range spans tropical and subtropical seas around the world, and although there are two distinct populations in the Atlantic and Pacific oceans, it is also found in the Indian Ocean. The common name refers to the green fat found mainly under the carapace, not to the color of the carapace, which is black olive. 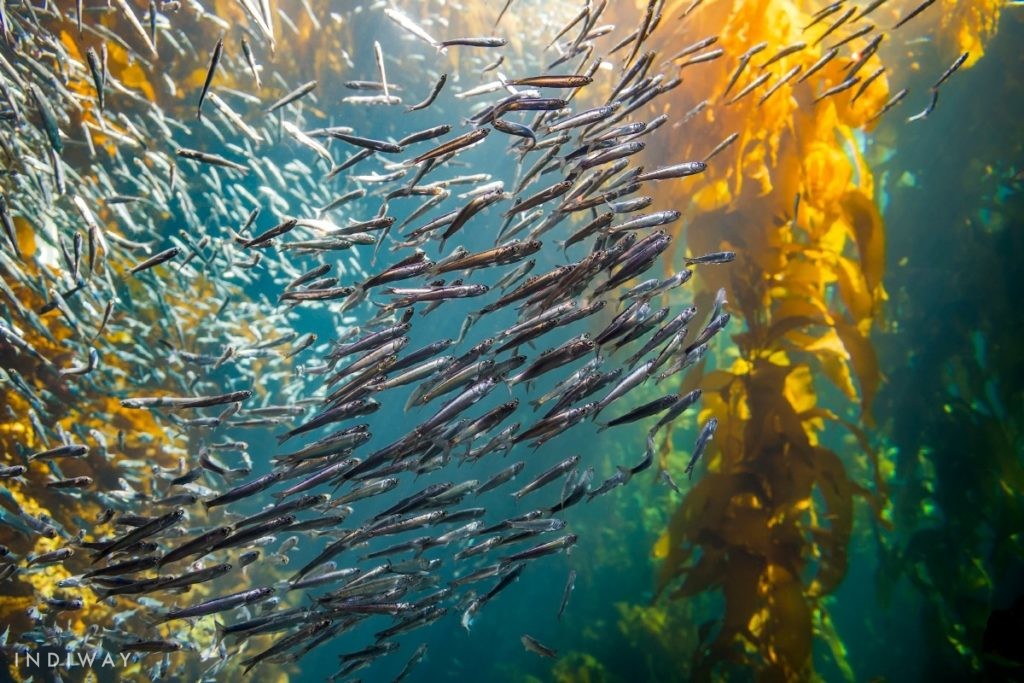 Sardines have a large body covered with round scales. Their back color is blue, but the other part is silver. They usually eat plankton and move in groups. They gather to avoid threats.

Keep Children Busy With Educational Programming!
The aquarium focuses heavily on education and programming for the youngest visitors. In fact, the number of programs is more than double that of other aquariums in Korea. The programs are designed as input by veterinarians, educators and artists to ensure accuracy and accessibility for children. There are animated films about Beluga whales, interactive displays about Arctic animals, and an underwater pet zoo. The children are sure to enjoy themselves and the surest thing is to leave learning some new facts. 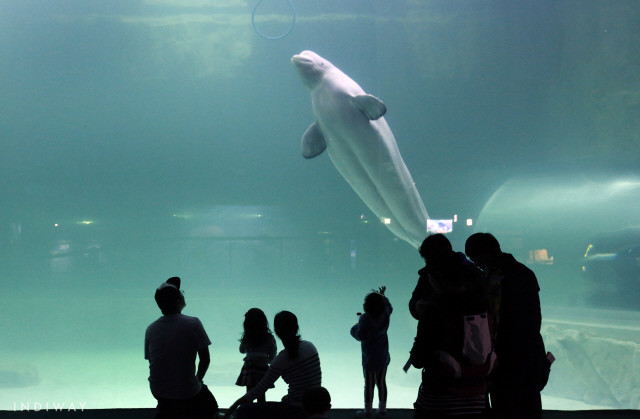 Buy souvenirs for the memories in Lotte Aquarium World!
Be sure to look around the aquarium’s Aqua Shop for a few minutes after your visit. Here are fish balloons, otters stuffed animals, and penguin sculptures that help you remember what you visited. The most popular products are featuring the mascot of the aquarium: the energetic Beluga whale lulu, the knowledgeable penguin Pingping, the talented sea lion Leo and the shy stingray. 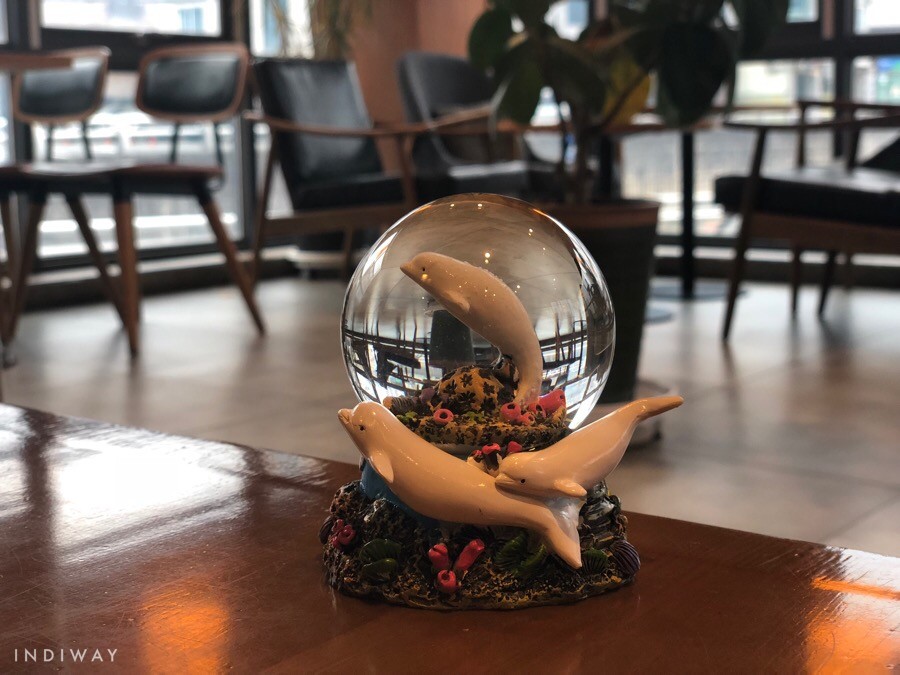 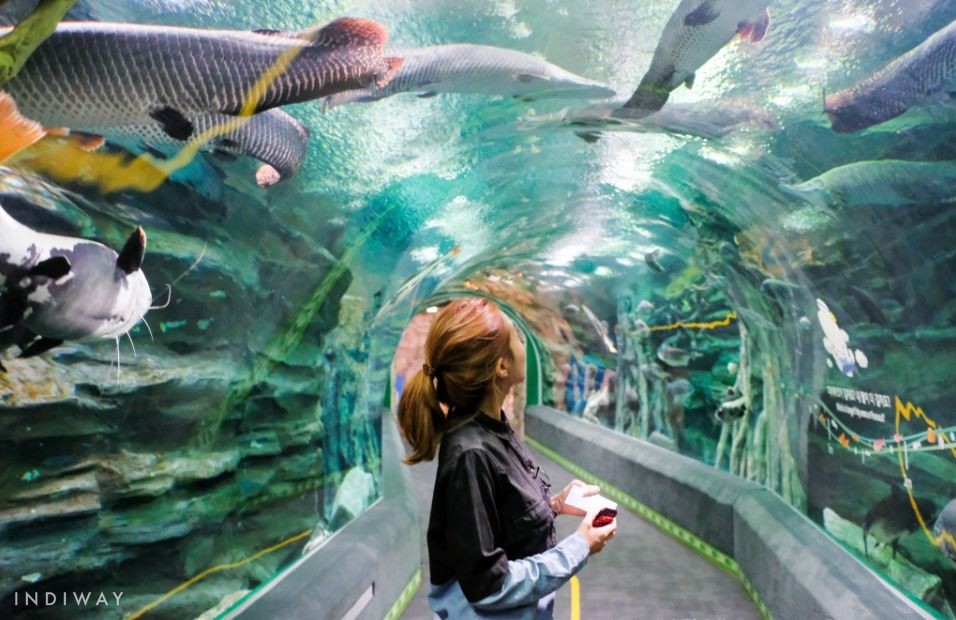 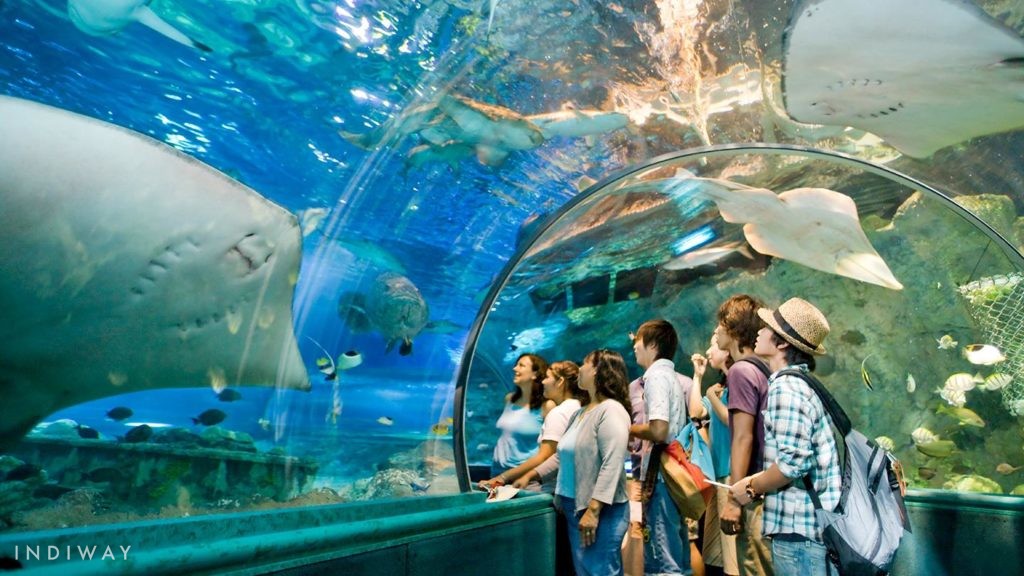 The Ocean
A world of ocean stands inside Korea’s longest water tank (25m) and underwater tunnel (85m).
See how people and the ocean can become one. Also experience diving towards the scenes of the ocean! 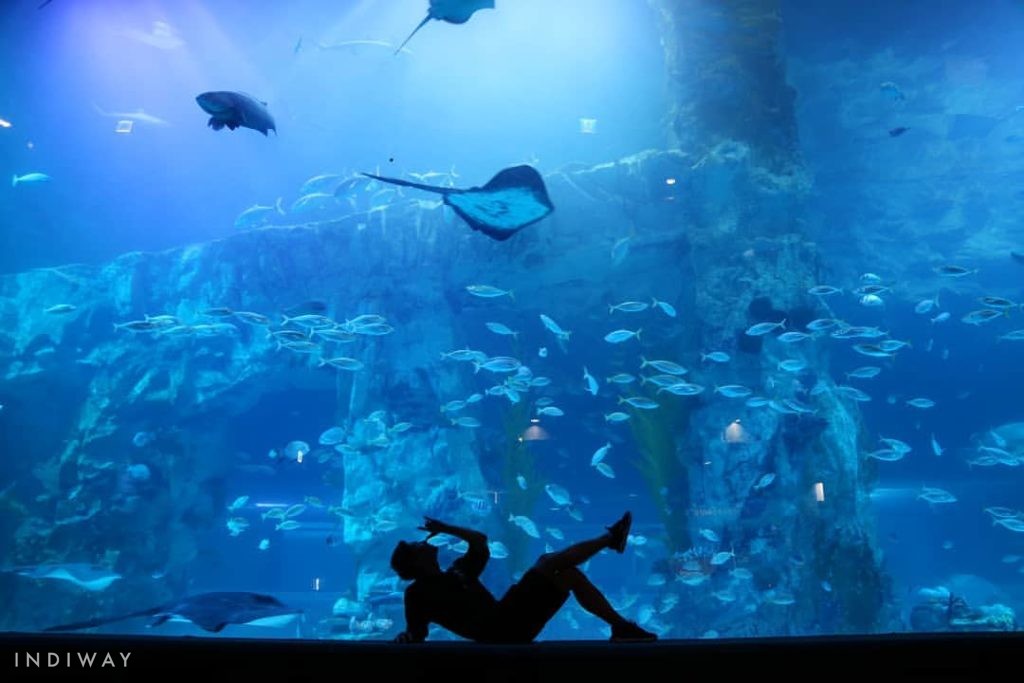