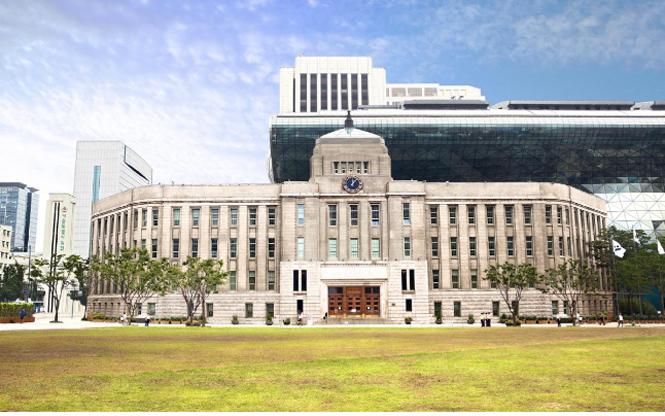 The building was first built by the Governor-General of Korea in 1926 during the Japanese occupation. Original plans called for the historic building to be razed and replaced with a new design, but support for preservation put a halt to demolition. The Cultural Properties Committee, under the Cultural Heritage Administration, registered this building as a historic relic. Eventually, a compromise was reached, preserving the front building facing Seoul Plaza, and allowing construction of a modern building behind the old one.

Then the former City Hall building was designated as a Cultural Heritage no.52 in 2003. During the building’s renovation into Seoul Metropolitan Library, important original interior features and finishes were preserved, and are now on display at the exhibition hall located on the 5th floor. The up down sliding window preserved here, once common in early 20th century buildings, are now a rare sighting, including the original foundation piles and original Interior features and finishes, like steel bases, bricks, tiles, moldings, hinges, doors, and window frames that were preserved during the remodeling process are also on display. Besides, a large digital clock for the building was installed in 1975, and replaced with an analogue counterpart when Lee Myung-bak was mayor of Seoul.

What we eat in Korea during summer!