If you do not have enough fun in water splashing war event at Thailand’s Songkran Festival during middle of April 2016, please don’t miss “Sinchon Water Gun Festival 2016” which is scheduled to be held during July 9-10, 2016. This event has been annually held in Sinchon for 3 years, and 2016 event will be the fourth time. This event was initiated as a social festival through Facebook in 2013. (https://www.facebook.com/watergunfesta). 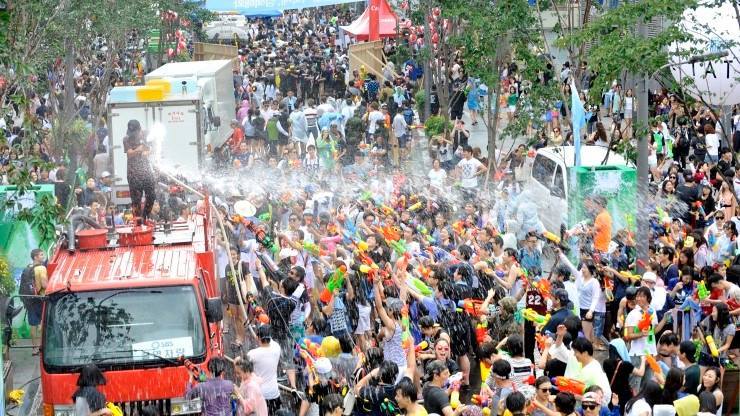 The street of Sinchon, which is normally dominated by college students, will be turned into water battlefield by tons of teenagers, youngsters, old, male, and female both Koreans and foreigners. With variety of colorful water guns in their hands, they will chase and spread water to each other in the water gun fight without angers but instead with full of fun and enjoyment.

There is no entrant fee for this event, but for people who need accessories for being professional water gun fighter, there are packages that range between 21,000 won to 60,000 won, mostly with towels, goggles, waterproof bag, a storage locker, drinks, changing rooms, or even with special gift, but each ones must bring their own water gun otherwise they have to purchase at the event for 7,000 won to 17,000 won.

If you are lucky, you may have a chance to shoot you water gun to some K-pop artists who join this water party. In 2014, Suzi MissA also joined this event as presenter of Sprite, main sponsor of this event.

Come to this area of Yonsei-ro in Sinchon by Seoul Subway line 2, exit 3, you will reach at the middle of water battlefield. 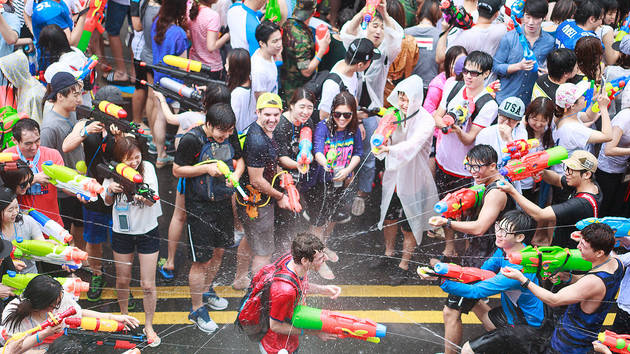