In the winter when it is suitable for eating Korean pancake, the cold weather outside then eats a hot Korean pancake, not only the sweet taste, but also the body is warmed up.

Originally, Korean pancakes were sold on the roadside, and when will they be sold? Where can I buy it? No way to determine, want to eat? have to try own luck. However, in recent years, there have been many tourists who love Korean pancake, and Korean pancake has always been loved by Koreans. Even now, It does suit young people’s taste. It is gradually available almost all year round. Stores with many entities have begun to sell.

Today I am going to introduce a store specializing in sugar-filled pancakes, located in Hongdae near the new village. The name of the store is called ‘Three taste Korean pancake'(삼맛호오떡). except the basic traditional Korean pancake, The store has created many new flavors. 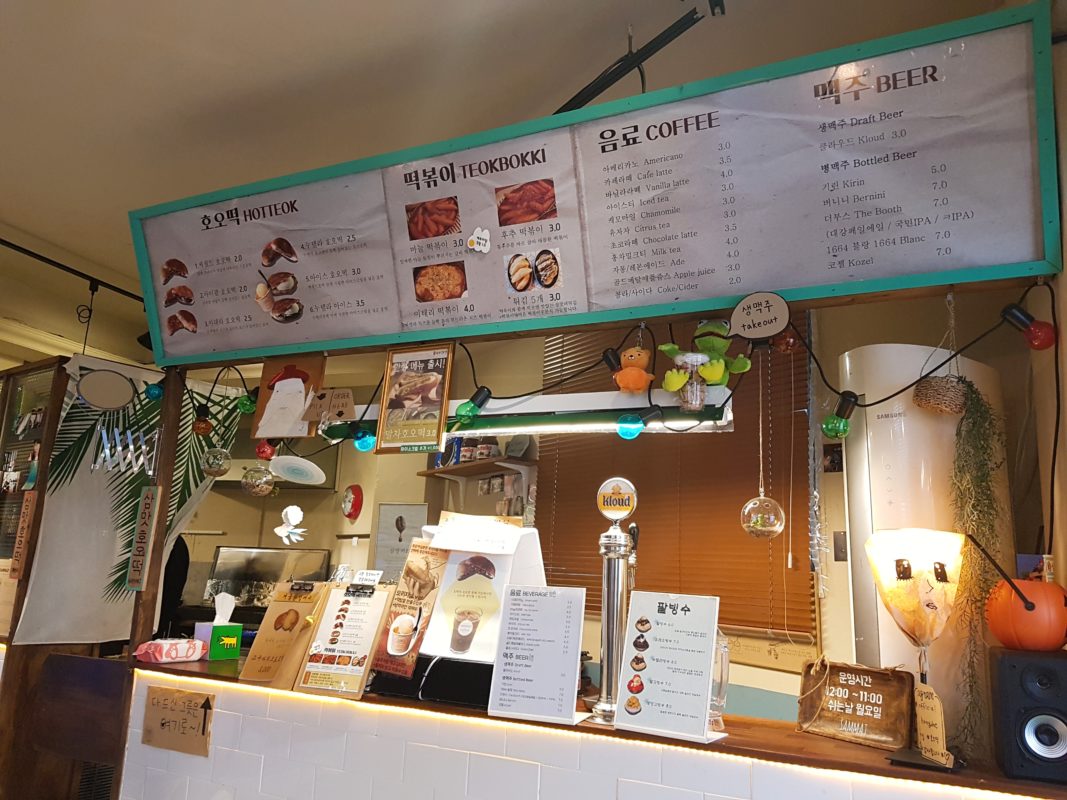 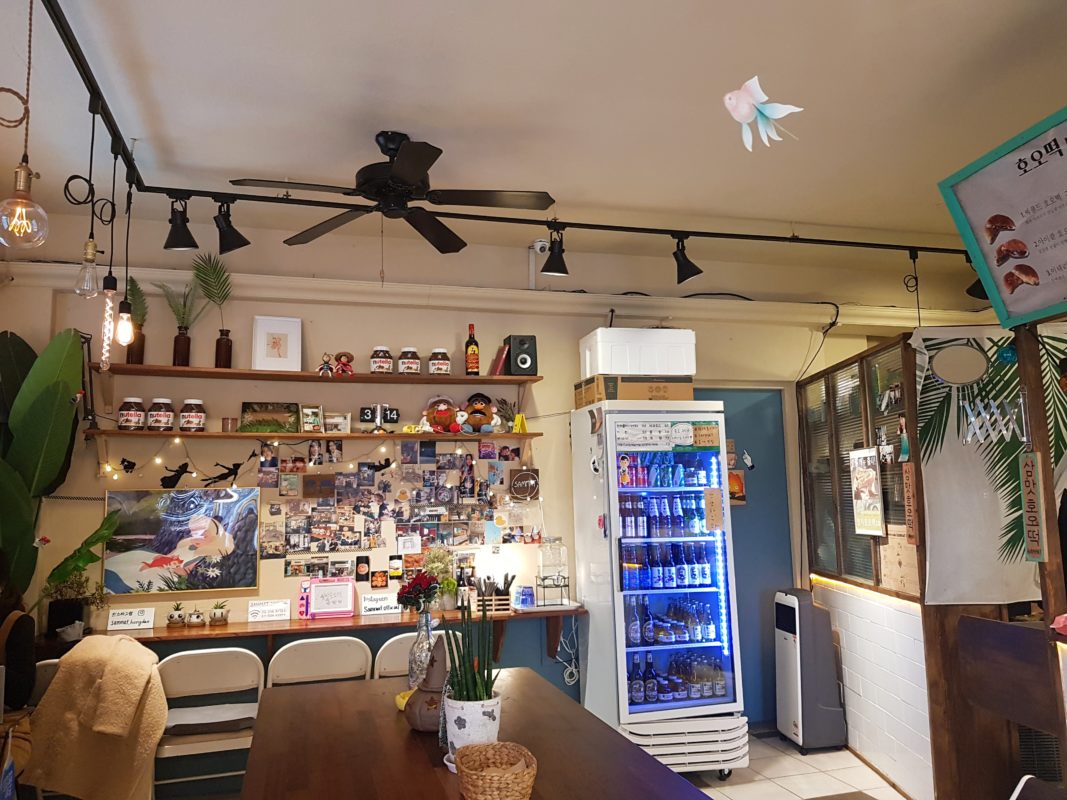 Korean pancake is a traditional Korean snack, so the store has a little traditional atmosphere. It looks like a grocery store in the 80s, but it uses a colorful color to add a cute feeling. The store also mixes vintage and modern exquisite little things to decorate, and the counters look like roadside booths, which is very interesting.

In addition to the general taste, they also added red bean stuffing, Italian-style cheese, chocolate, etc. the chocolate and original flavors have a version of vanilla ice cream added. People who have seen Korean TV program Youn’s Kitchen 2 may know that the program They sold the Korean pancakes with ice cream in Spain. It’s a good idea to try! 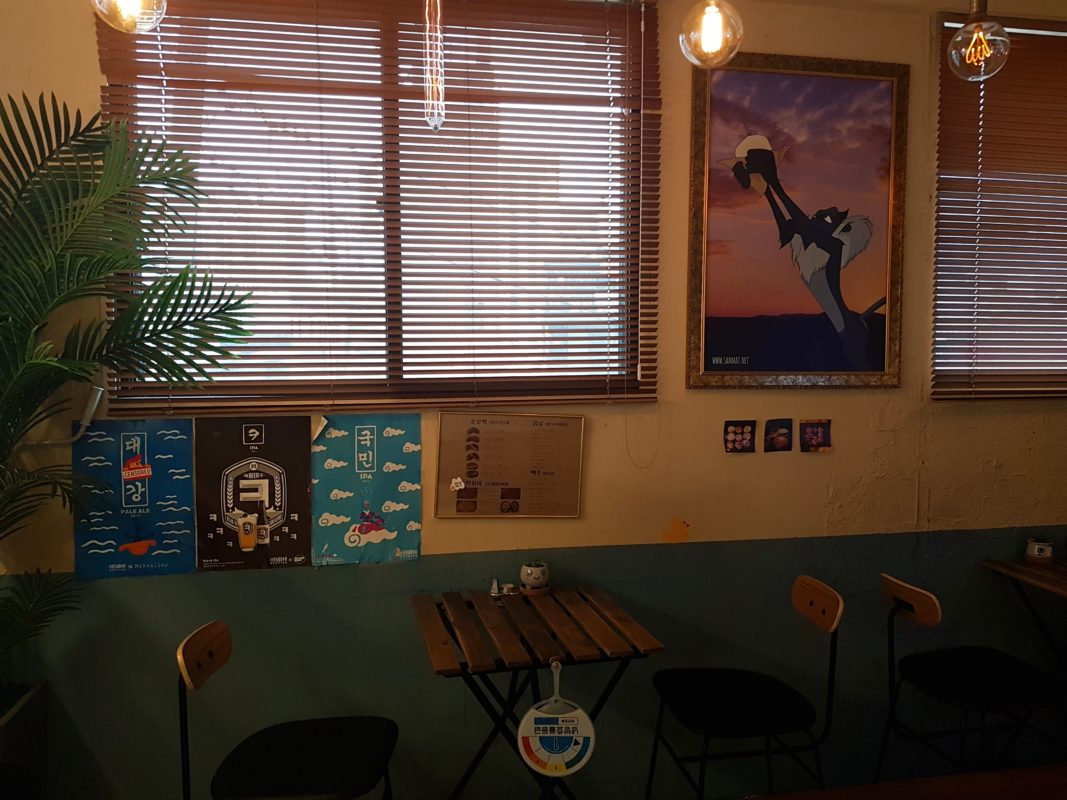 And besides, The representatives of Korean snacks ‘Tteokbokki’ is indispensable. their Tteokbokki are also different, is pepper, garlic, cheese three flavors, so it is still worth a try! They also sell basic drinks, such as all kinds of coffee and tea, as well as selling beer! Except draft beer, there is also a popular Korean handmade beer brand recently. People who like to drink can also have a drink~ 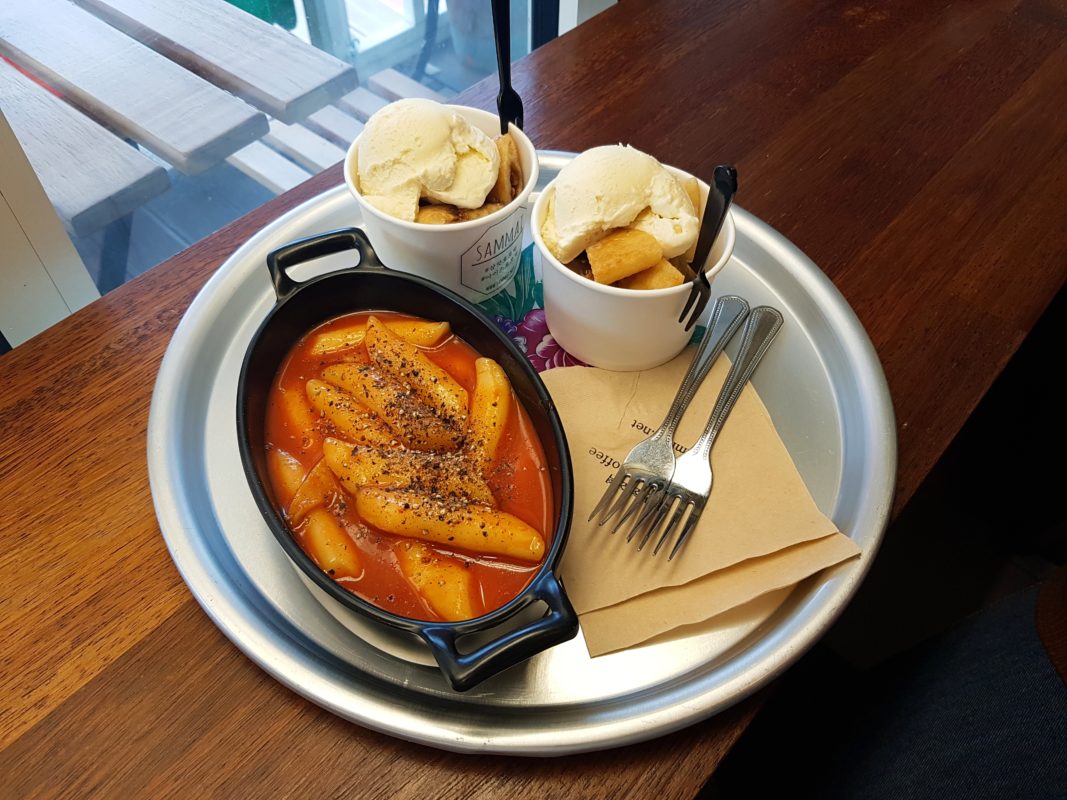 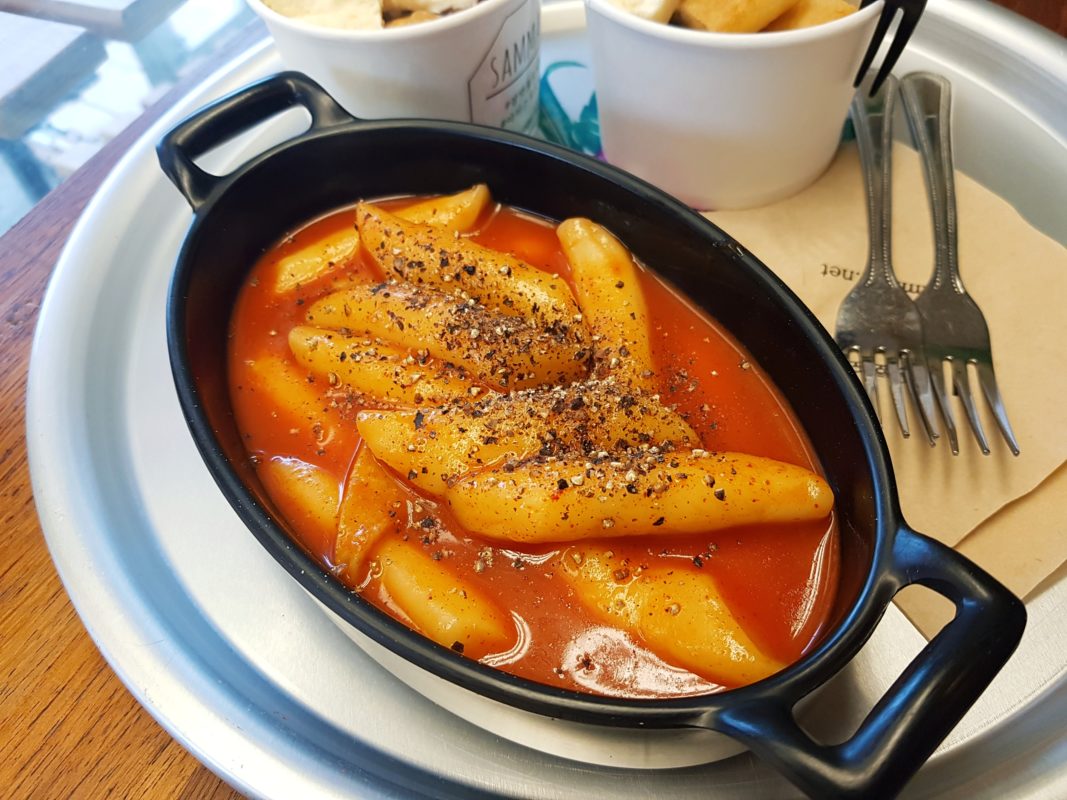 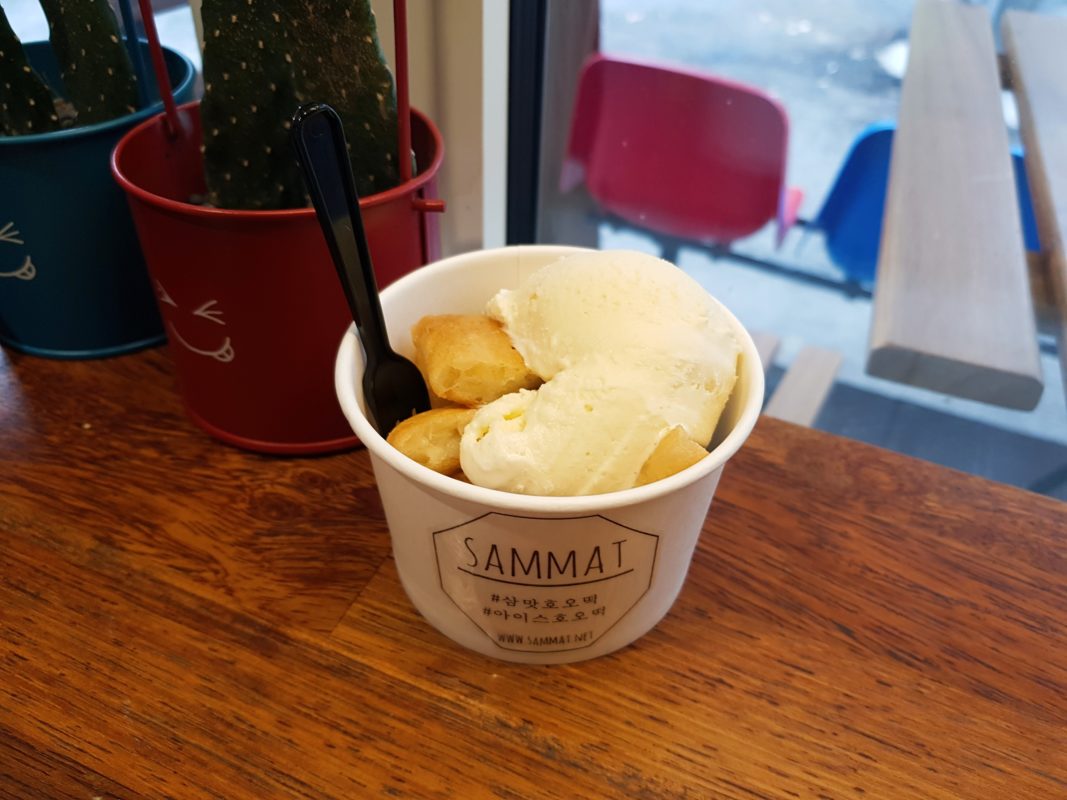 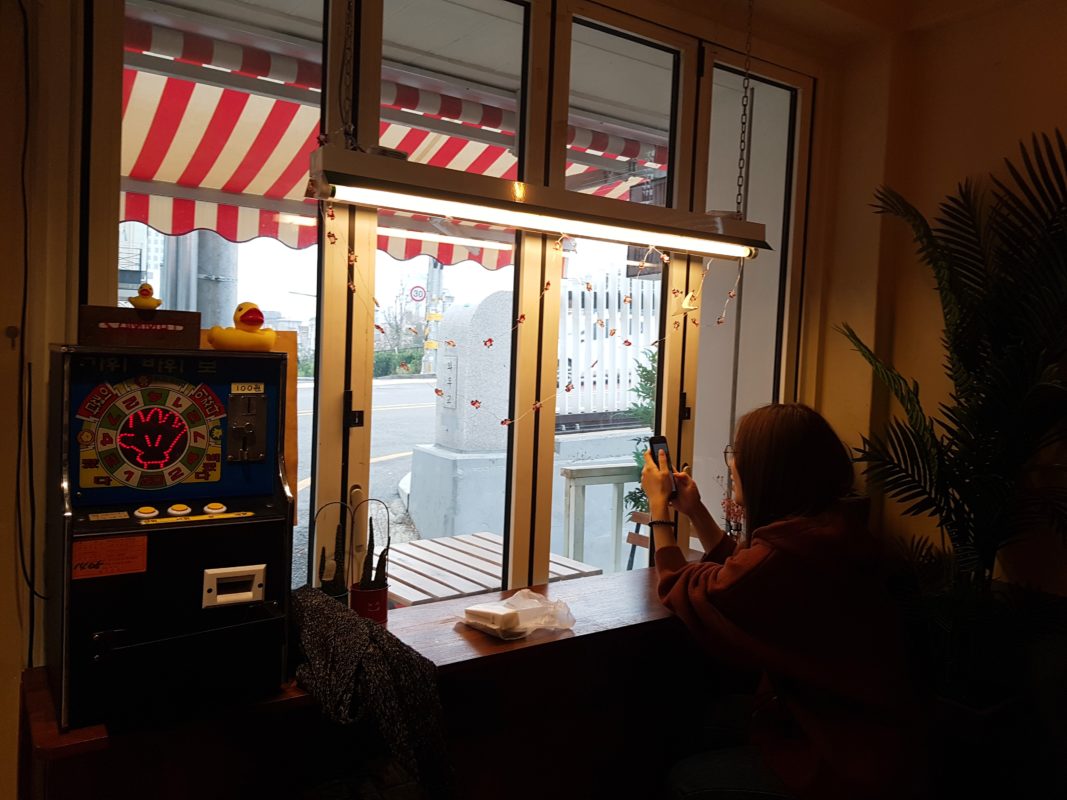 In the afternoon, come to have a simple snack for afternoon tea. The seat is more than expected. can take a small rest in here and recommend it to the tourists who come to Hongdae for shopping!