Gwanghwamun (Gate) Square, now known as Gwanghwamun Plaza is a public open space on Sejongno, Jongno-gu in Seoul, South Korea. The square or plaza was opened on 1 August 2009 by the Seoul Metropolitan Government and is part of the City’s plans for environmentally friendly renovation projects. Here is creatively national major square by transforming 10 lanes of the roadway into a public space. 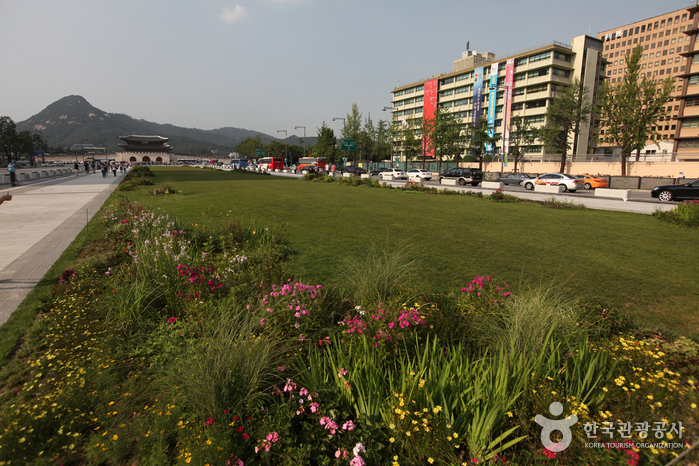 In the ancient time Gwanghwamun square was the main entrance to the Gyeongbokgung palace where was main royal palace to Korea‘s last dynasty. it was spreaded out from the gate formerly Yukjo-geori (Avenue of six ministries), the center of Hanyang, which was the capital city during the Joseon Dynasty. 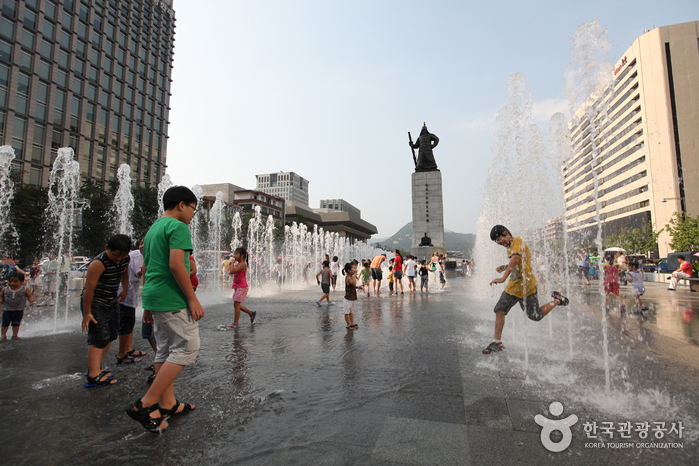 In the present time, this square has become a representative plaza and landmark in Seoul for featuring the 20-ton new bronze statue of King Sejong the Great; the fourth and most respected king of the Joseon Dynasty. The statue of King Sejong is the square’s focal point. The main inventions from King Sejong’s reign are on display such as the hangeul alphabet and scientific instruments ( like a sundial, rain gauge and celestial globe). Furthermore, there is “The Story of King Sejong“ in underground exhibition hall of square, where featuring a variety of materials and artifacts portraying the life and achievements of the great man himself. 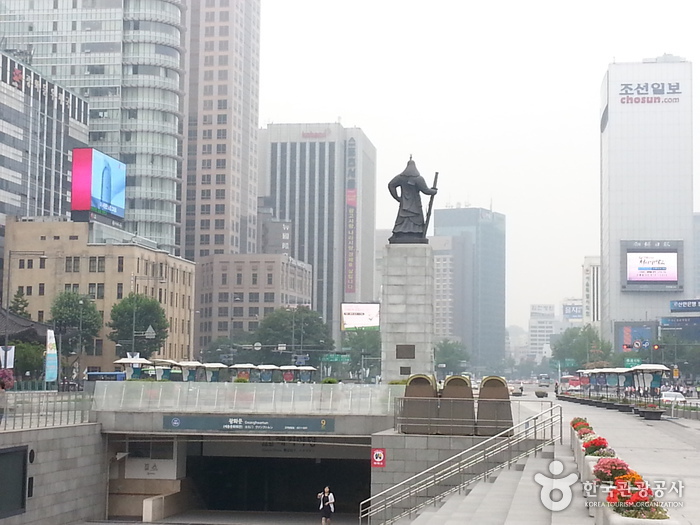 In addition to King Sejong presently, the Great the Admiral Yi Sun-sin of Joseon Dynasty is displaying with a water fountain in honor of the achievements of Admiral Yi Sun-sin. It is named the “12.23 Fountain”, to commemorates the 23 battles he fought with 12 warships, when he led Koreans to victory during the Japanese invasions of Korea (1592–1598). The water jets rises to a height of 18 meters along with 300 smaller jets, which symbolize the battles he fought on the sea. It also has a waterway, two centimeters deep and one meter across, at 365 meters along the plaza’s east side. The floor of it has 617 stones recording the major events from 1392 to 2008. 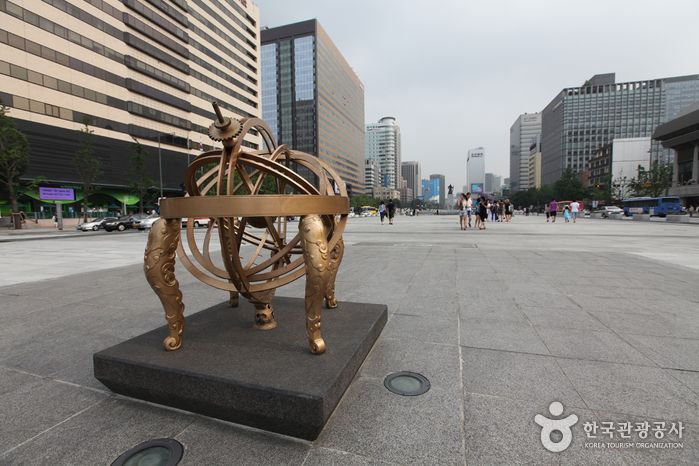 Today is Gwanghwamun Square can be accommodated to the visitors up to 70,000 people, and especially the children familiarize themselves with the waterway and its fountain in summer time. It has been come into a public space where Seoulites can rest and socialize, including a tourist attraction place where visitors around the world can touch and learn. It is cleverness of Seoul Metropolitan Government to dedicate historical avenue and the historical significant point to the world.

So, let’s say “Success of tourism needs to combine history and creative”