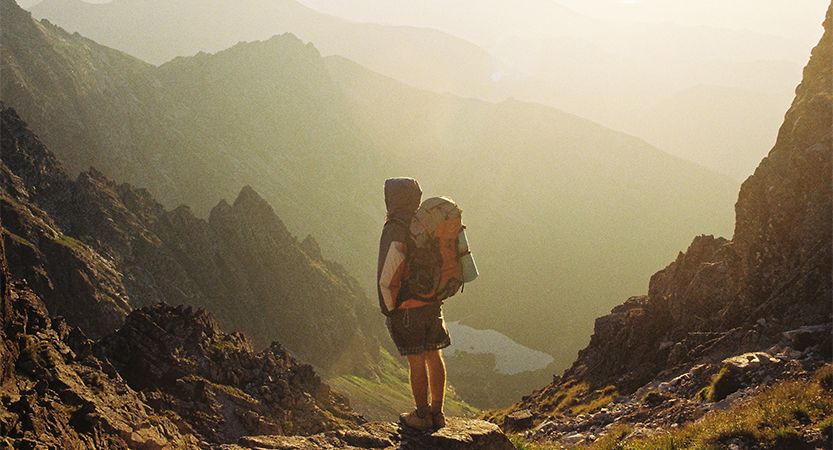 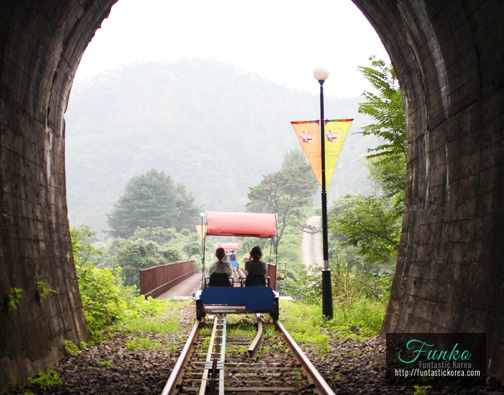 강촌레일파크 gangchon rail park (filming location of running man ep. 144)
We first heard about this place from Running Man and my friend was like “I want to go!!” but the homepage is in Korean and we had a hard time finding English blogs on it and figuring how to get there ㅠㅠ Basically the rail park is built on the old train tracks that are no longer in use. Rail bikes use these old tracks between the old Kim Yujeong station and the old Gangchon station. There are two other courses but we chose this route because the old Kim Yujeong station was the nearest to the new subway station, so we could easily walk to the rail park. (Actually, you can see it once you come out of the station.) You can just take the subway all the way to Kim Yujeong station! There’s ITX as well but it only stops at certain stops on the same line, so it’s faster but it doesn’t stop at Kim Yujeong station! Silly me trusted a certain person’s judgement and booked ITX from Cheongryangni to Chuncheon (because we couldn’t click Kim Yujeong) and thought we could just get off at Kim Yujeong. Zzz. In the end the train only stopped at Namchuncheon and we still had to take the subway one stop back to Kim Yujeong.. So the moral of the story is.. Just take the subway! It only takes a bit longer (try to find a seat) but it’s a lot cheaper and stops at every station! I’m so glad the station staff were so helpful and understood what I was saying lol. It’s such a relief to be able to ask people for help when things go wrong.
When we finally got to the rail park, we had a new problem omg. Some school planned an excursion to the rail park so the 11am tickets were completely sold out! Sigh.. So we bought the 1pm tickets (hottest time of the day!! Nooo) and went to get some dakgalbi for lunch first. When we got back, there were quite a number of people hanging around, waiting for the next departure. The website said to reach 20 mins in advance but actually as long as you’re a bit early, it’s fine. He told us to get into two rows, one row for 2 seaters and one row for 4 seaters. Then we got on our rail bikes (there are safety belts heh.. we put our bags on one of the chairs and belted them too ^^) and listened to his safety instructions. Finally we set off! Haha we started peddling, then we realised that the starting part was all automatic hahaha it went super fast which was really thrilling like a rollercoaster and we were grabbing our caps to make sure they don’t fly off haha! Then at some point we realised that we were starting to do some work when we peddled, because the momentum from the auto part was disappearing. Haha my friend was pressing the brakes randomly sometimes, which meant we had to use even more force to start the bike again.. Lol. The scenery was simply breathtaking and it’s just so awesome to be able to enjoy all this out in the open, instead of through a train or car window in an enclosed space! You just feel so free~ and you can control the speed you want to go at too. Whenever we entered a cave, we would try to slow down and enjoy the “air-con” hahaha. There were a number of caves so it wasn’t that hot. At some point in the middle, there were people coming from the other side too and they stretched out their hands to hit ours as we passed by. There was a slight rest stop in the middle too for a few mins and the scenery there was nice! But my silly iPhone was running out of storage space ㅠㅠ We got on the same rail bike (we had to remember its number) and we were off again! No more automated ride haha but my friend tried cycling super fast to stimulate it. You have to keep a safe distance of 10m between yourself and the bike in front of you though, so we couldn’t go too fast… or too slow haha since that would annoy the people behind us. When we reached our destination, the guy said “par-ke”, the previous guy said “bra-ke” which makes more sense so my friend knew to presss the brake to stop the bike, but when this guy said “par-keu!” My friend was mometarily confused and thought that was a korean phrase or something loll. Konglish takes some getting used to, I guess. All in all, we had good fun and the shuttle bus took us back to Kim Yujeong station by 2:30pm. We took subway for 2hrs all the way back to seoul and we were happy to have seats at first, but there was an ahjussi who wasn’t feeling well, so we gave up our seats and stood all the way till the end ㅠㅠ my poor feet..
Location: Kim yujeong station
Price: 2 seaters for 25,000won or 4 seaters for 35,000won, plus subway 2000+ won to get there
Website:http://railpark.co.kr/ (Korean)
Contents hide
1 How to book Gangchon Railbike
2 Other Railbike
2.1 Related

How to book Gangchon Railbike