Exploring Filming Locations of Guardian: The Lonely and Great God!

Exploring Filming Locations of Guardian: The Lonely and Great God!

Korean tvN’s television series Guardian: The Lonely and Great God (도깨비:Dokkaebi) is now continuing its ever growing popularity in 2017!

Staring Gong Yoo, Lee Dong-wook, Kim Go-eun, Yoo In-na, Yook Sung-jae and based on story by Kim Eun-sook, who also wrote popular series including Secret Garden (2010), The Heirs (2013) and Descendants of the Sun (2016), Guardian is becoming a new record breaker loved by Korean drama fans throughout the world.

Besides the talented, attractive actors and interesting polts, the beautiful scenes from Guardian have created a great buzz on the internet. Are you curious where were they taken? Now let’s find out! 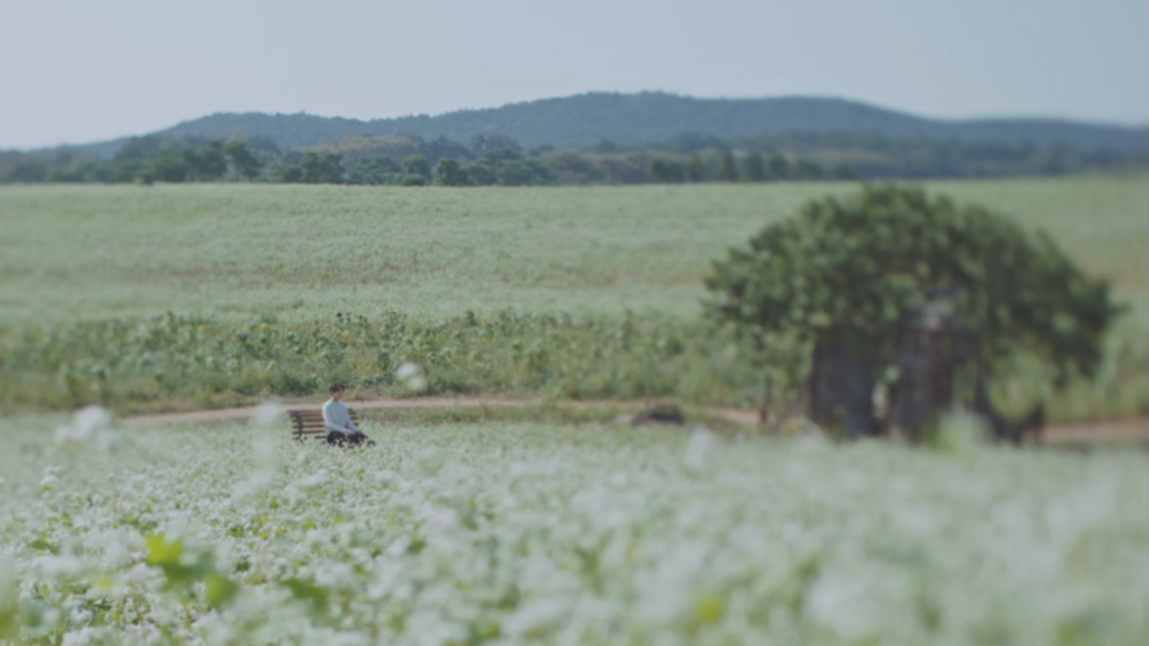 Still remember the breathtaking buckwheat field where Gong Yoo heard Go-eun’s voice while holding a bunch of buckwheat flowers? This scene was taken at Gochang Borinara Farm in Jeollabuk-do. 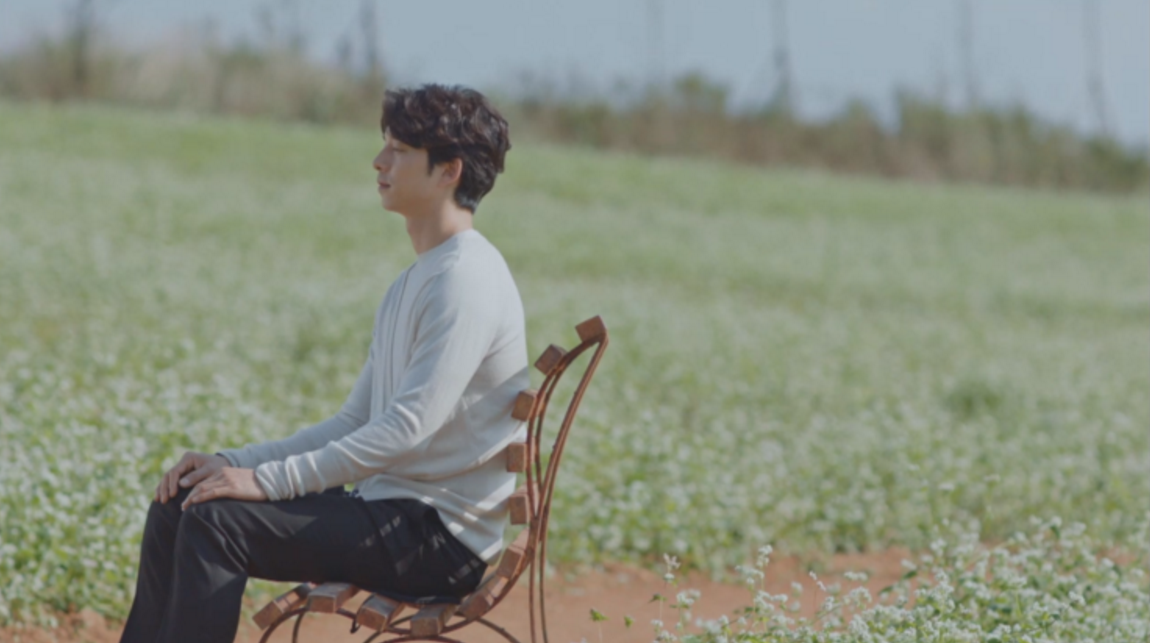 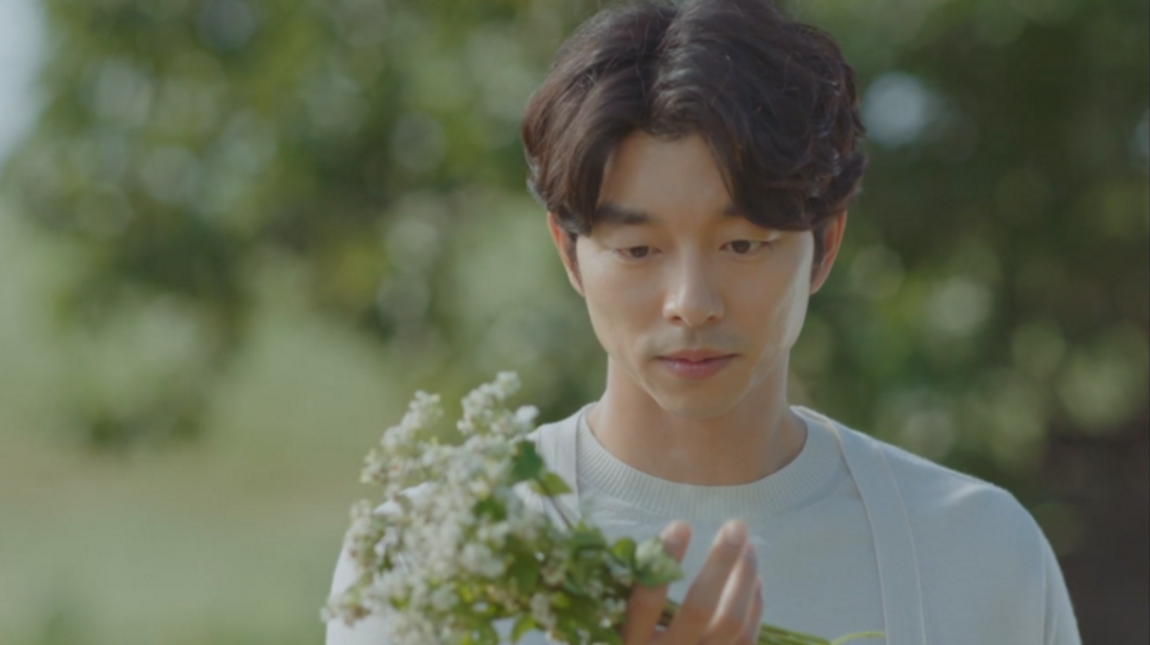 The field changes from season to season and was so beautiful that many Korean movies and TV series such as A Werewolf Boy (2015), Twenty (2015), Memories of the Sword (2016), The Sound of a Flower (2016) have made it their filming sites.

One of the most classic romatic cuts from the series – when Gong Yoo and Go-eun walked by a bright yellow coloured book store, then stopped and gently touched each other’s hair. The yellow colour was so comforting and added more warmness to this scene. 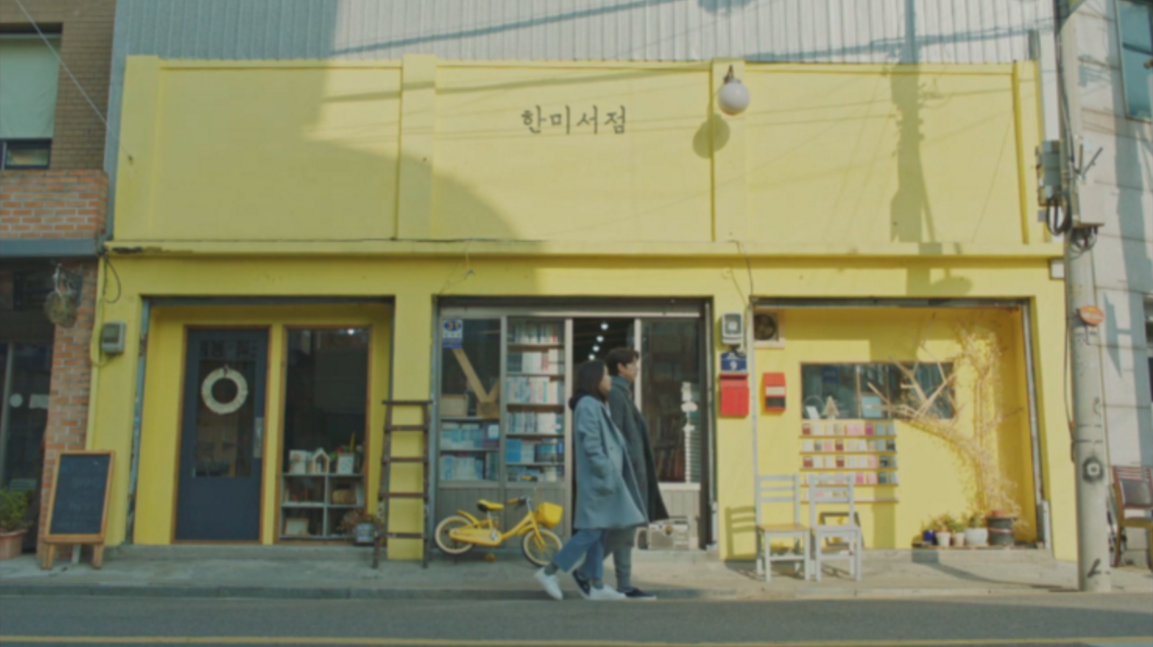 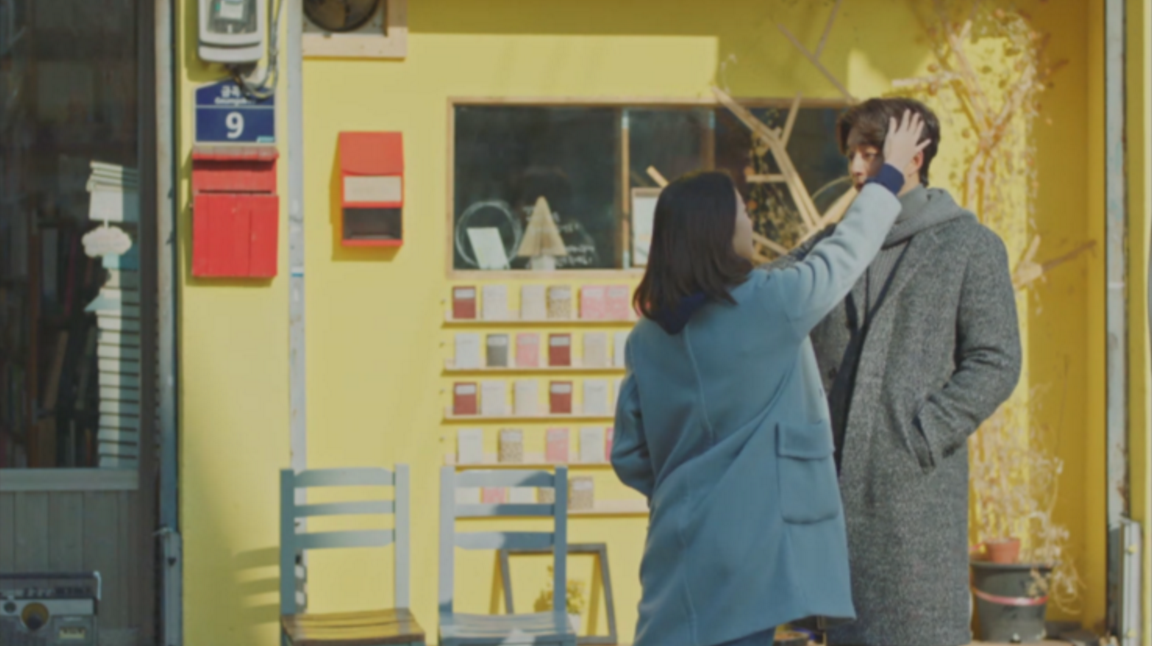 It was just so beautiful and even became a trend for Korean young couples to visit the site and remake the scene! Why not come with your own loved one and make your own beautiful memory^^ 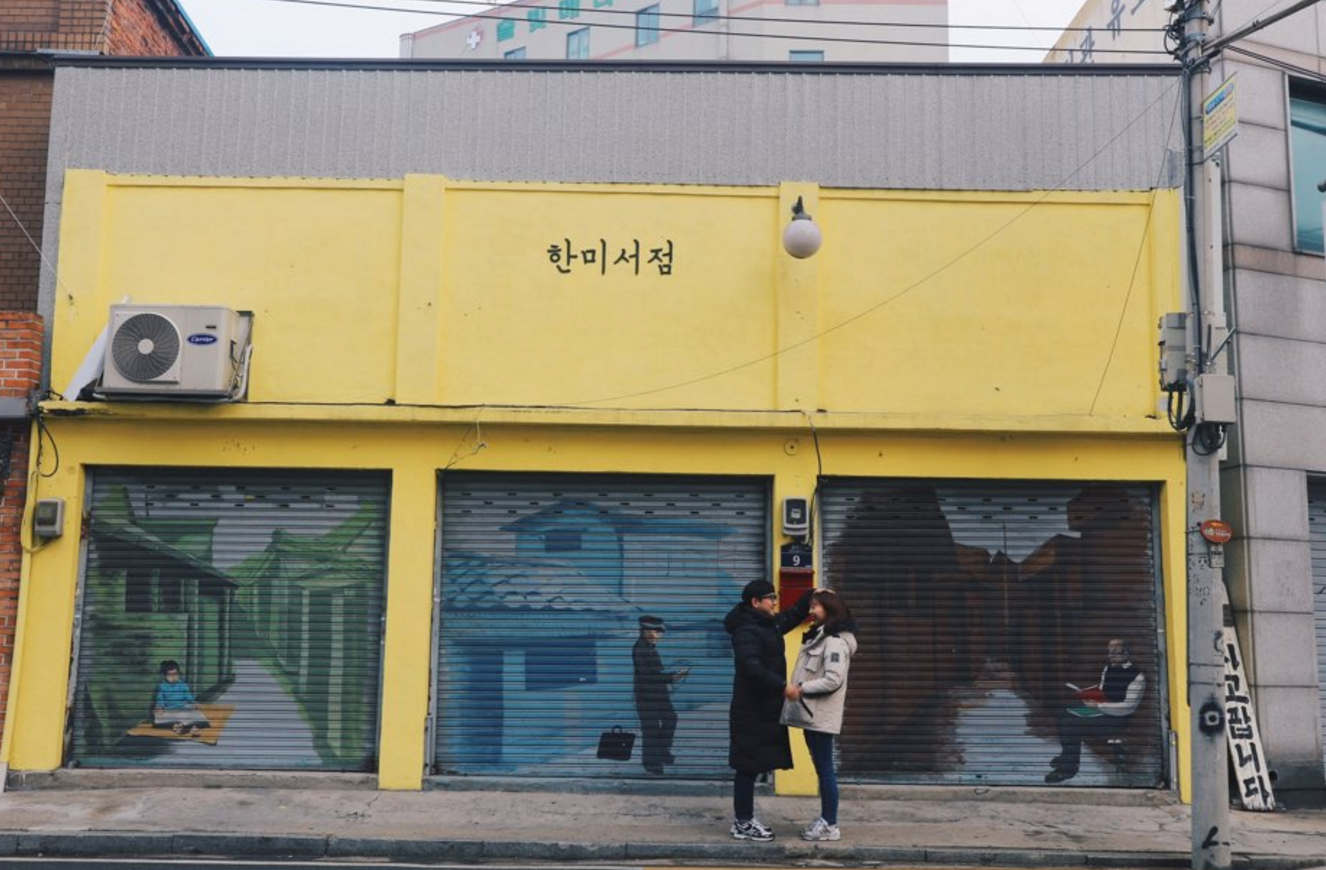 This Hanmi Bookstore is exactly located in a street full of used books called “Baedari Used Book Store Street” in Incheon, among many other small but stylish used bookstores. Totally worth visiting, and even better if you love books!

Gangwon-do of Korea is a provience famous for its nice beach. And one of the bests – Jumunjin Beach caught the eyes of Guardian‘s producers. 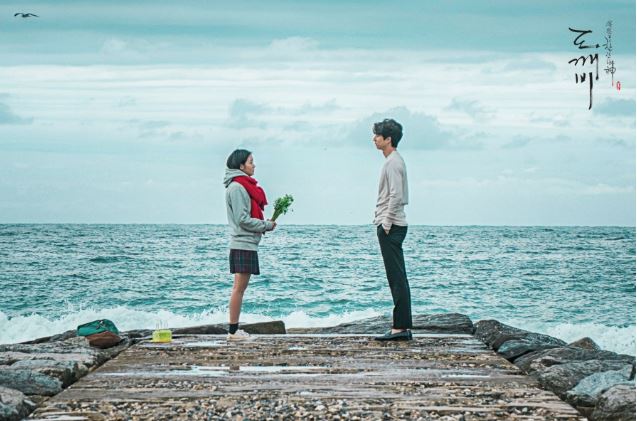 The clear sea water touching the sky and breakwater reaching out into the sea have made a perfect spot for photo shooting, so for the mysterious plots of Guardian. Simply grab your camera and you can easily get a best shot! 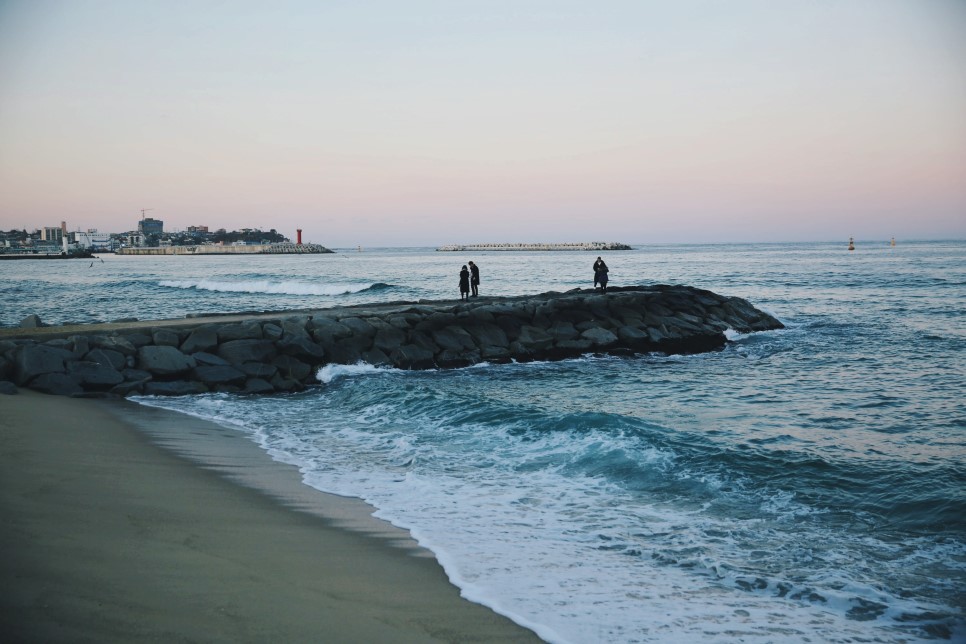 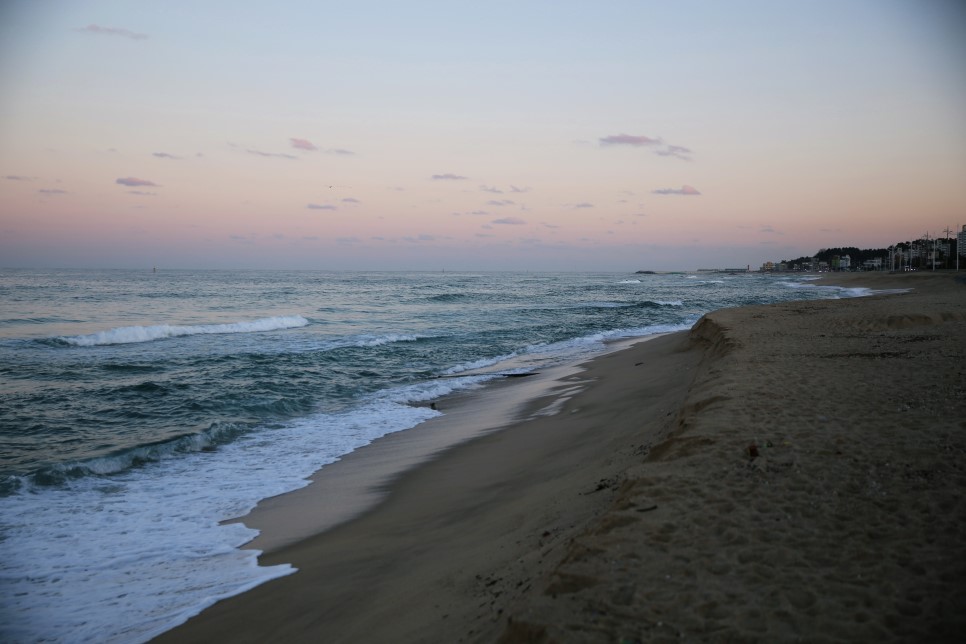 Great sunset, emerald clear water, uncrowded beach, together with the Guardian fantasy, already every reason to visit there! 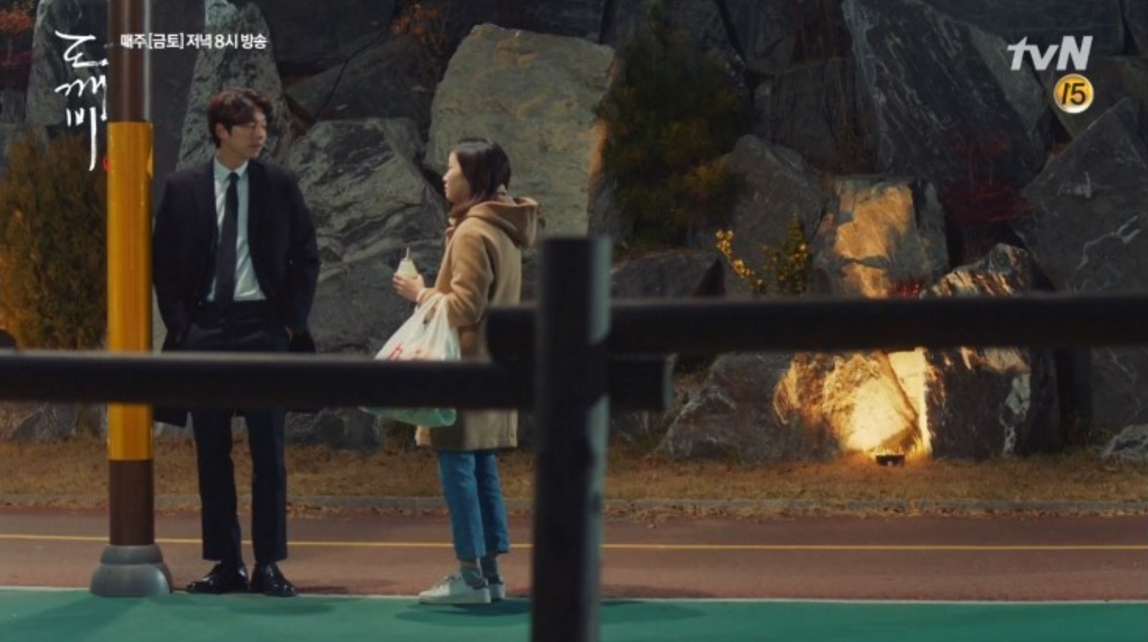 The most famous line of confession under the enchanting night of Cheongna Lake Park. Everyone started wondering where the park is after the episode was on. It seems such a great spot for dating surrounded by city lights and clam lake water. 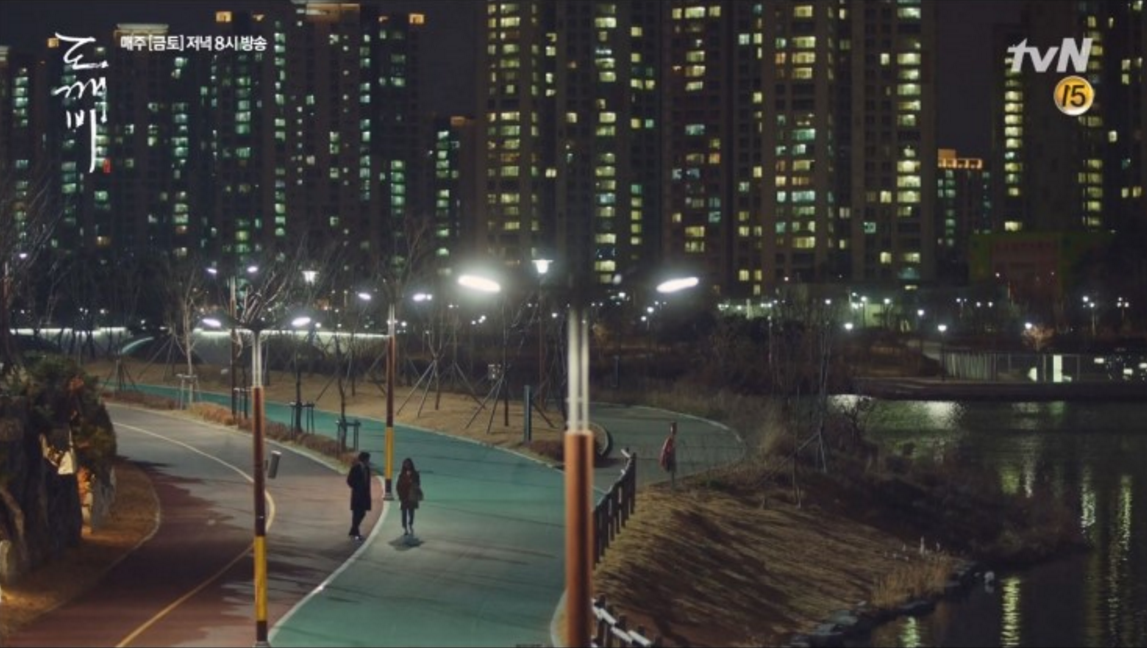 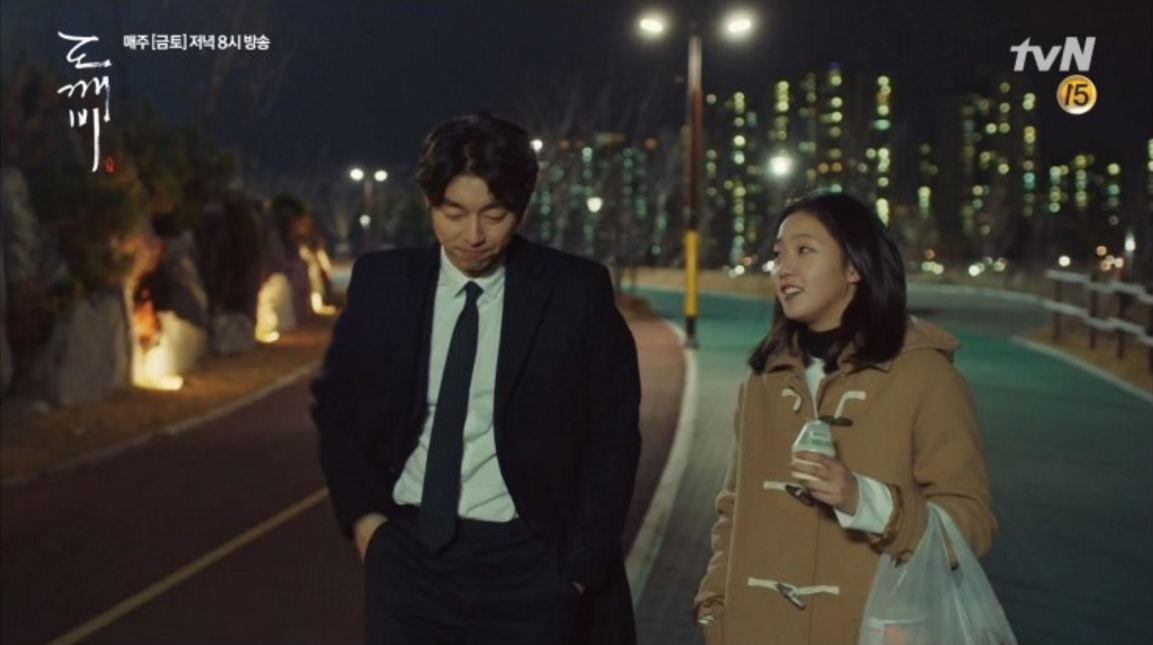 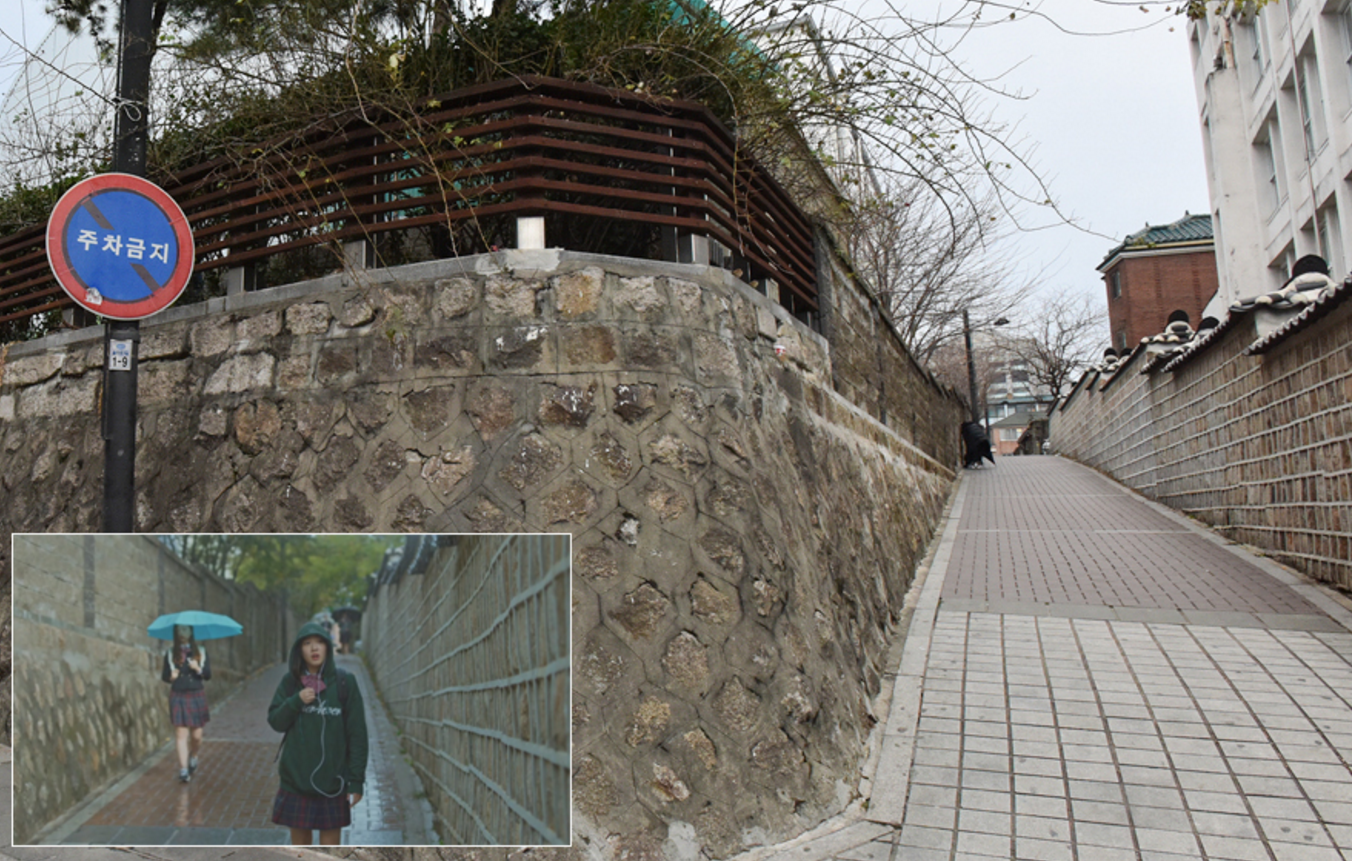 Doldam-gil near Ankuk Station (Seoul Subway Line 3) is one of the filming locations that can be easily found in the center area of Seoul. If you want to visit the filming sites but do not have much time to travel far, we promise this is just the right place for you! 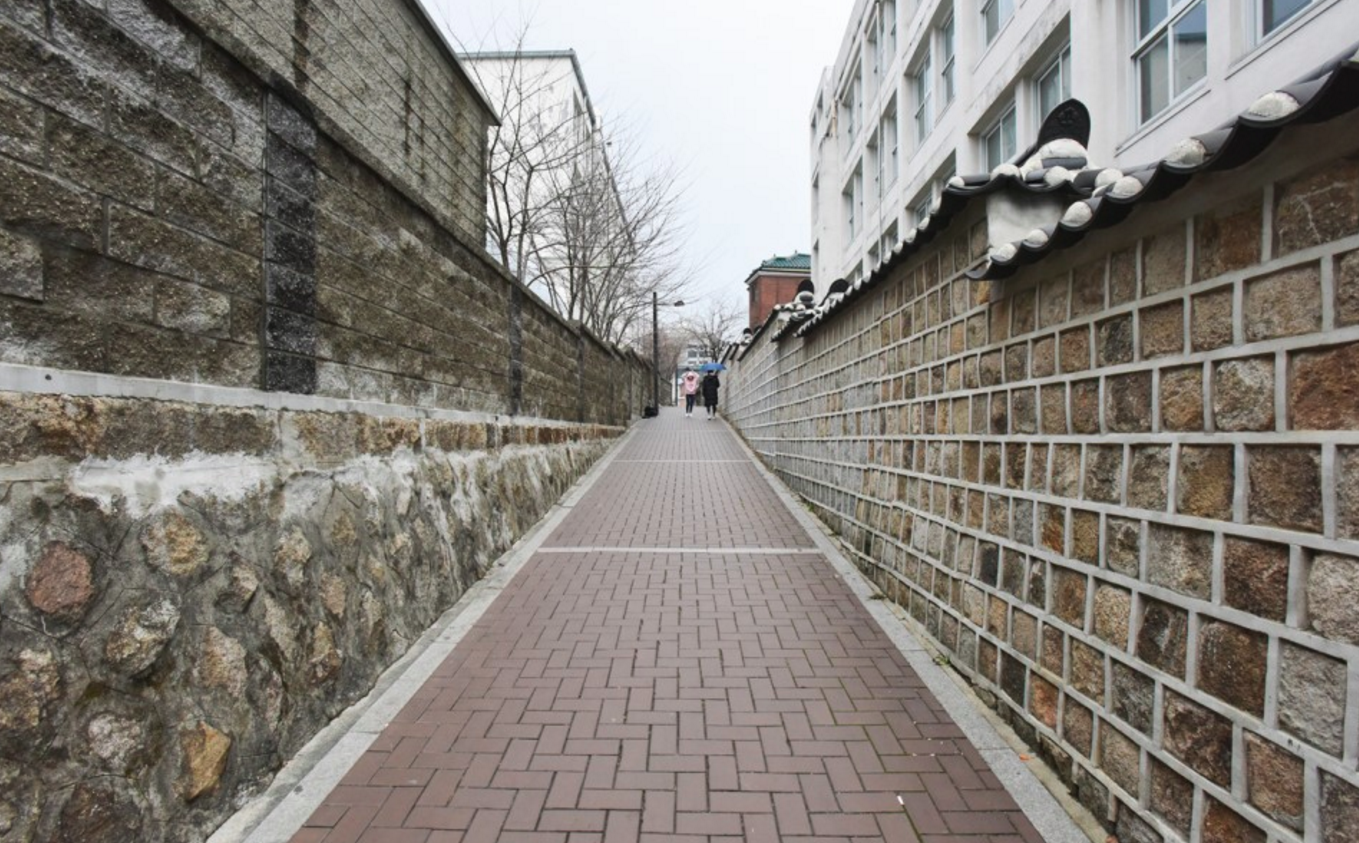 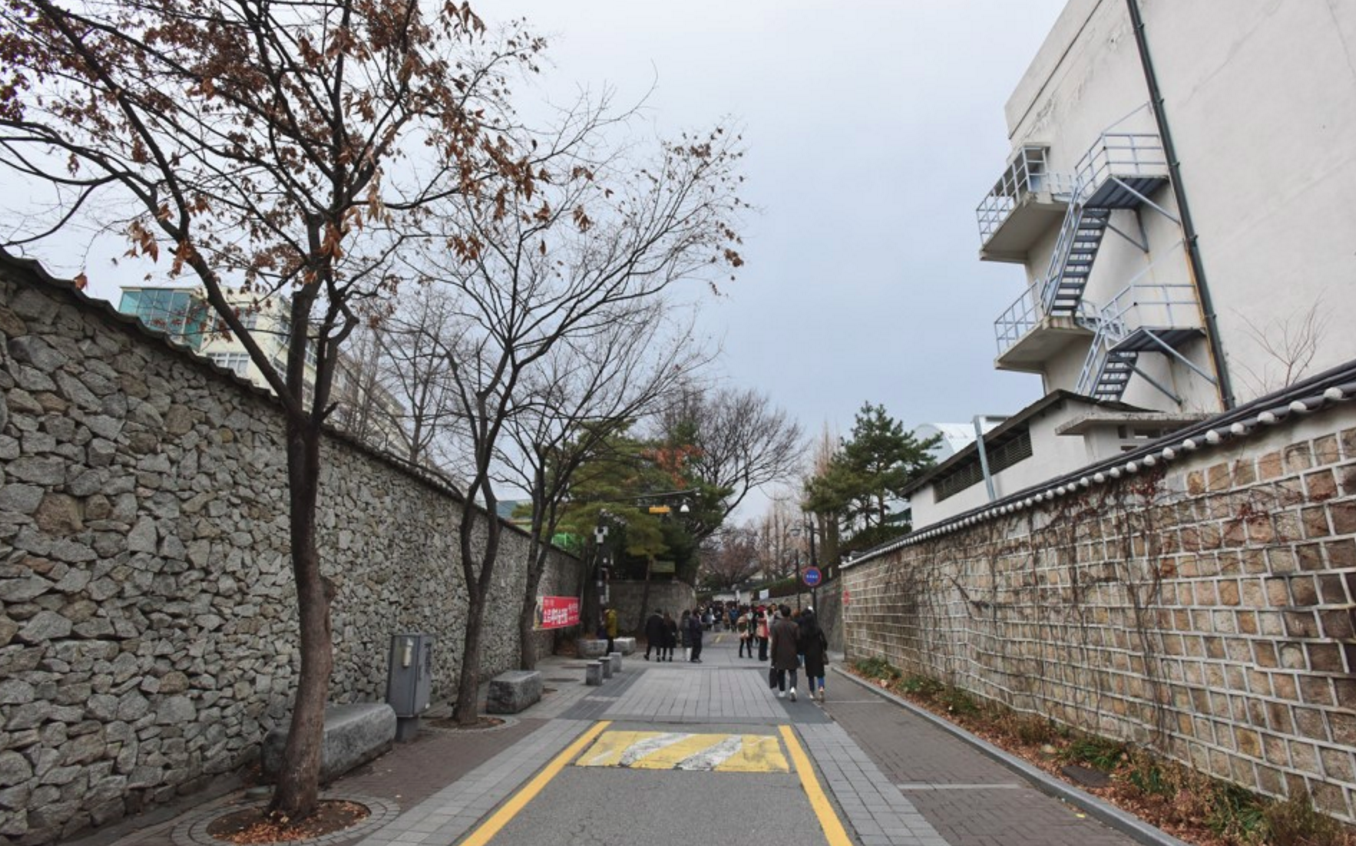 After taking your photo along the small rock road Go-eun walked along in rain, you can also explore the cafes, small restaurants and craft stores inside the streets, and even the Gyeongbokgung Palace is just a few minutes walk away!

Can you ever imagine that Gong Yoo’s House in Guardian is actually a building from a University? 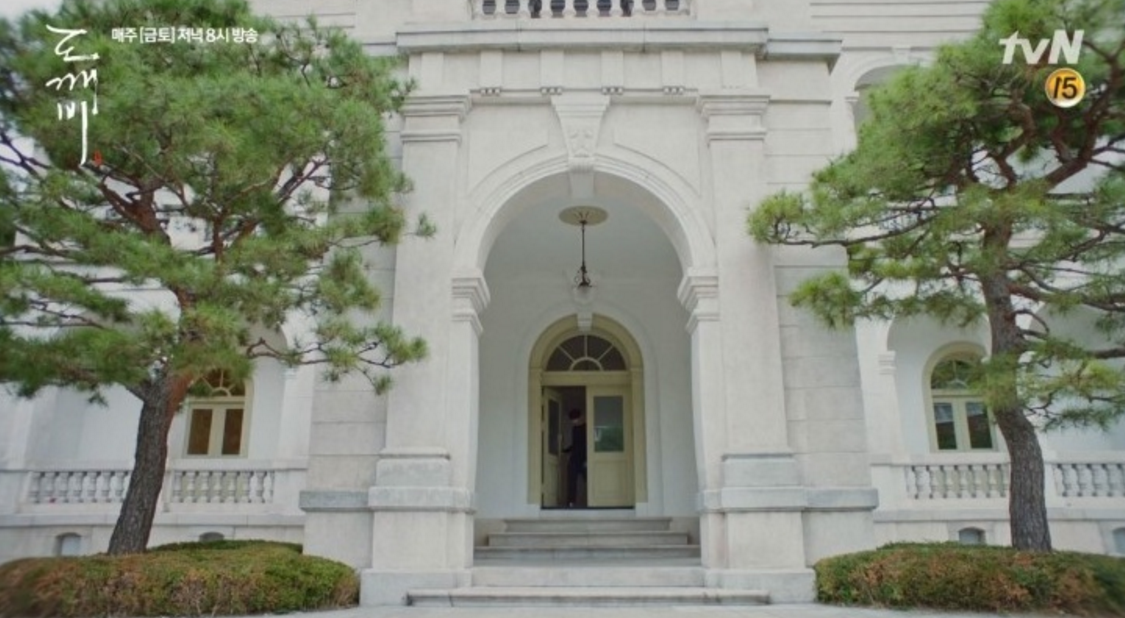 It was in front of this house where Go-eun sees Gong Yoo’s sword. 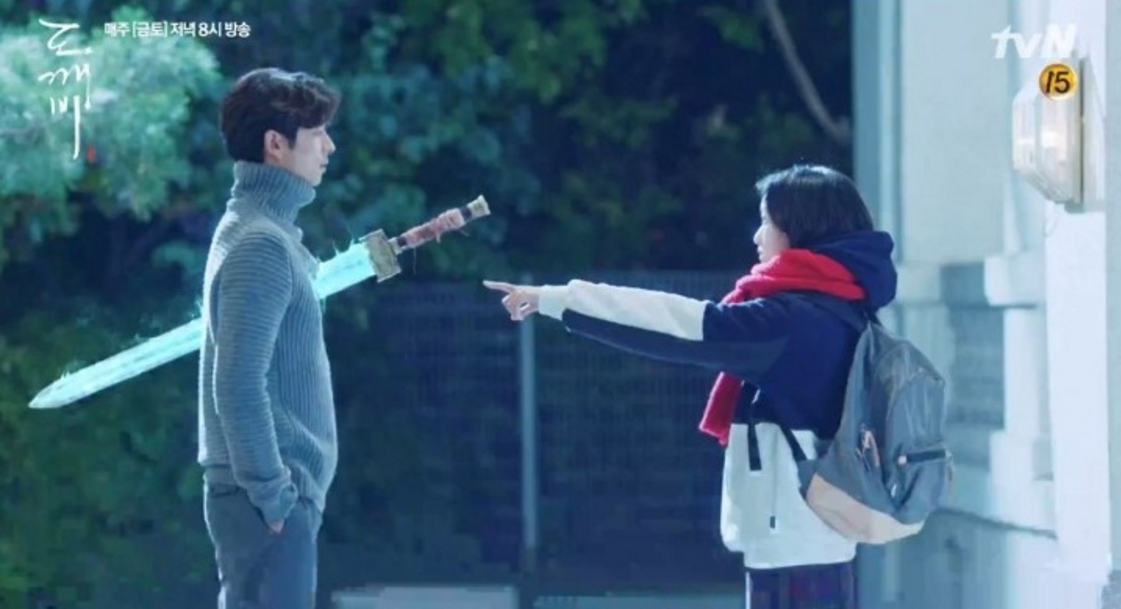 Sometimes I just feel jealous of the students there for having such wonderful campus! And there are also many other Korean Universities which are famous for their beautiful campus, like Kyunghee University, Ewha Womans University, and Korea University.

TOP 10 Most Popular Destinations of 2016