According to “Andong In’l Mask Dance Festival: Unmask Korean Art and Culture” topic, I had presented  the significance and meaning of Korean classic mask Festival  on April 24, 2016 that  is one of the world renowned cultural event in Korea, which is called “Byeolsingut Talnori Dance” as it has been designated an Important Intangible Cultural Asset of Korea. The  audience, not only Korean people but also the visitors around the world,  are very enjoyed with the great traditional  performance annually, then this is a unique cultural festival that was introduced by BBC and CNN. Today I’d  like to advancedly  inform the performance  of   the  Andong Mask Dance Festival that will be  taken place during September 26 – October 9, 2016, with the  theme of tal (Korean traditional mask) and mask dancing. The festival will be held between the mask dance park and the center of the Andong Hahoe Folk Village, which is well-known for its preserved traditional houses that were once lived in by yangban (aristocrats) during the Joseon era.

This maskdance originates from Tongyeong, Gyeongsnagnam-Do province. It consists of 5 clowns and 5 episodes: the sorrow of Mundung (leper), Maltukki (servant) criticizes the aristocrats, the cowardly and cunning ways of Yangban (aristocrat), exposes the polygamy system, and the Sajamu (lion dance), therefore its name is 5 Gwangdae. 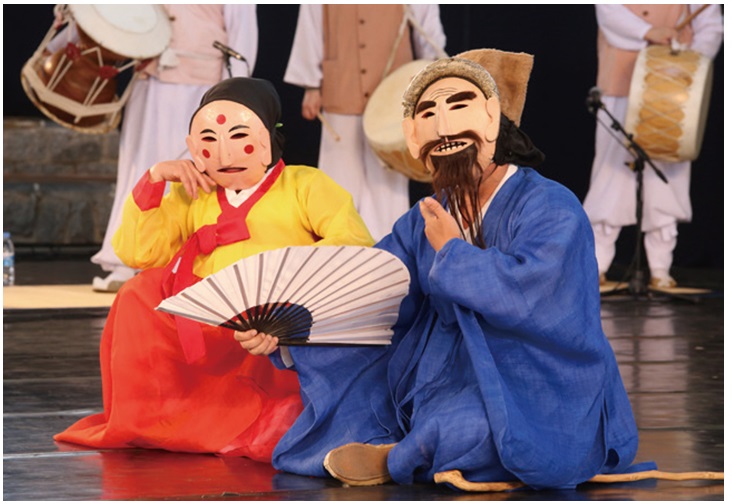 This mask play has been passed down through generation in Yesan, that was a commercial center in the past and attracted all kinds of products from the northern Gyeongbuk region. The main dance of the drama is the deotbwegi dance, choreographed to rhythms of different beats. It is a non-verbal mask performance composed of 6 acts. 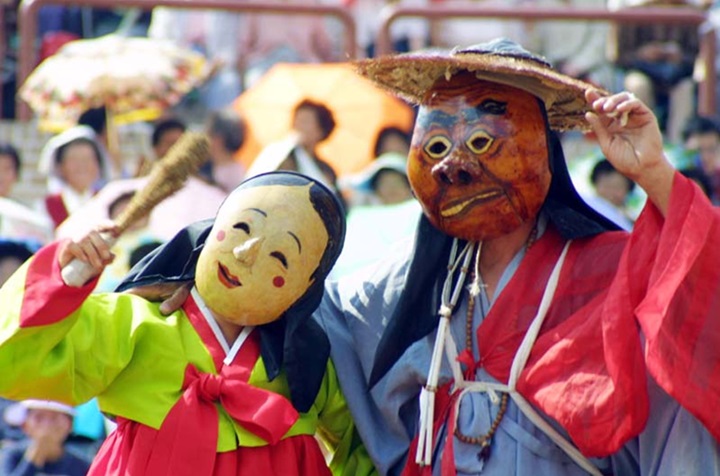 This was began in Goseong-eup Goseong-gun, Gyeongnam in the late Choseon Dynasty. There was a poetical group of the common free men of Namchonpa who got together and played some mask dance. When there was an epidemic disease in the town. They spent their time singing and dancing and it was the start of Goseong Five Clowns. 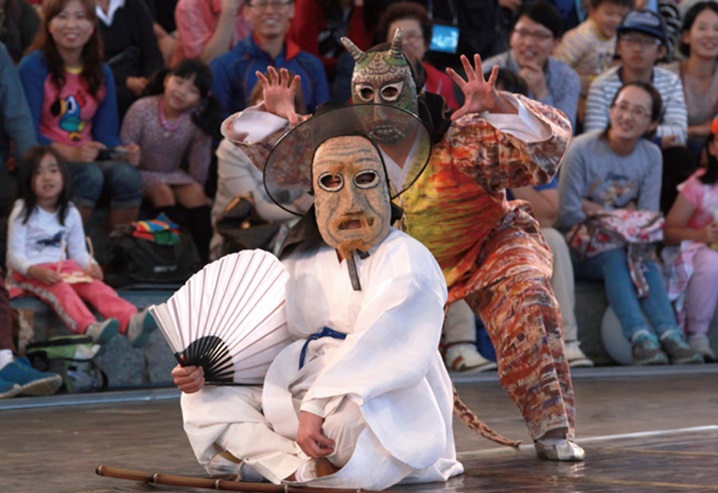 This is inherited in Songpa-dong Songpa-gu, Seoul. It is modelled after the Bonsandae-nori at Gupabal in the early and middle of the nineteenth century. There was a prosperous market, Songpa-jang at Songpa in the late Choseon Dynasty so this play was transmitted through the merchants of that market. (Designated as Important Intangible Cultural Property No. 49 in 1973) 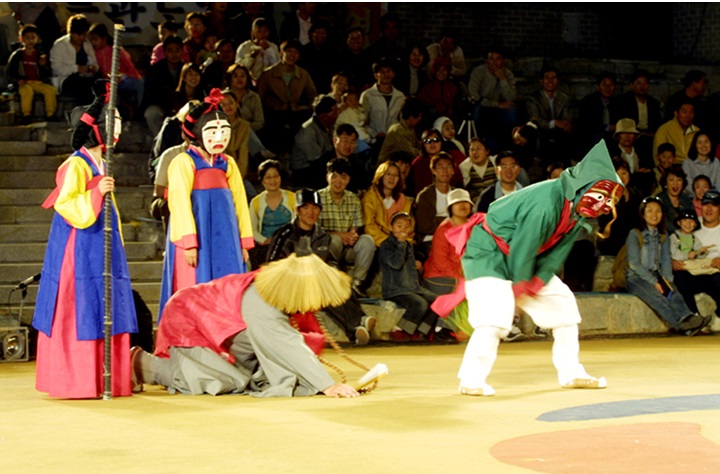 This folk play is originated from Yeongyang region, Gyeongsanbukdo province.

It is performed by on ly men who pretend official. Each person has own role in the play. 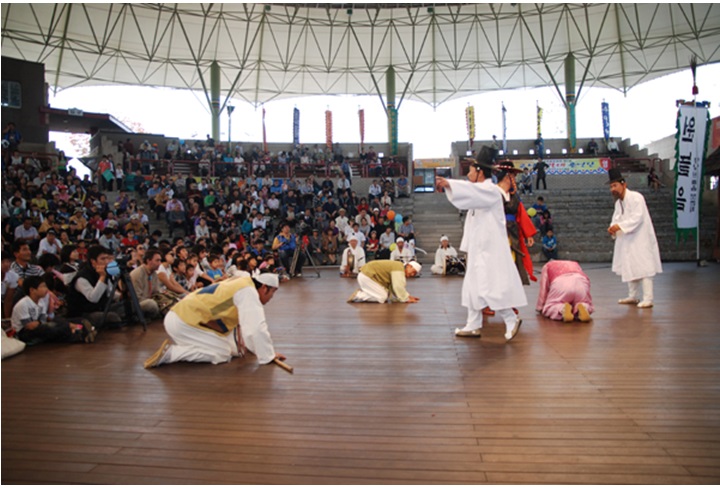 How to go Andong: