At this moment, I believe that there would be no one in Korea who does not know the drama “Descendants of the Sun” or 태양의 후예.

The first episode of the drama was on-air on KBS2TV on February 24th and it would totally have 16 episodes. Last week were its 3rd and 4th episodes which were reported that the viewer rating reaches as many as 23.4 percent.  Actually, the rating was considerably high since the very first episode which was 14.3 percent. Thus, one can see that only after a week, the viewer rating has the increase of 9.1 percent.

The drama is starred by Song Joong Ki who plays a role of Yoo Si Jin, and Song Hye Kyo who plays the role of Kang Mo Yeon. Song Jong Ki just finished his 2-year term of military service and returned to his acting career. 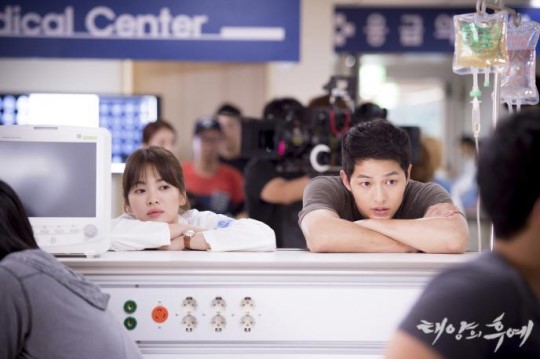 The main setting of the story is in South Korea and Uruk. The story is about Yoo Si Jin who is in duty under UN peacekeeping mission and  Kang Mo Yeon who is a doctor. The love story between the two evolves around contradiction of the professions and lifestyle. The story well depicts the devotions of these two careers that one devotes oneself to save lives, while the other devotes oneself to save the country and keep the peacefulness. 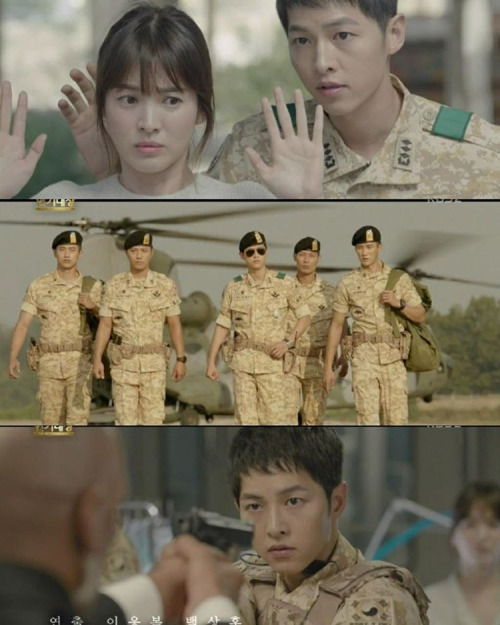 Furthermore, the soundtracks of the drama (OST.) have been on the top ten melon chart since the first week that the drama was launched as well.

The real time melon chart right now has as many as 3 songs from the drama on it.

With the current viewer ratings, many believe that this drama might even be the hottest drama of this year. So, don’t miss!!! You will see and learn a different and interesting perspectives of Korea.

The drama is on-air every Wednesday and Thursday at 9:55 p.m. 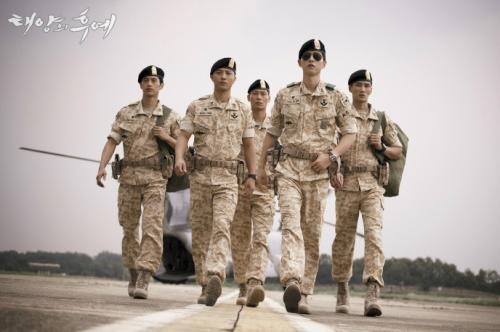