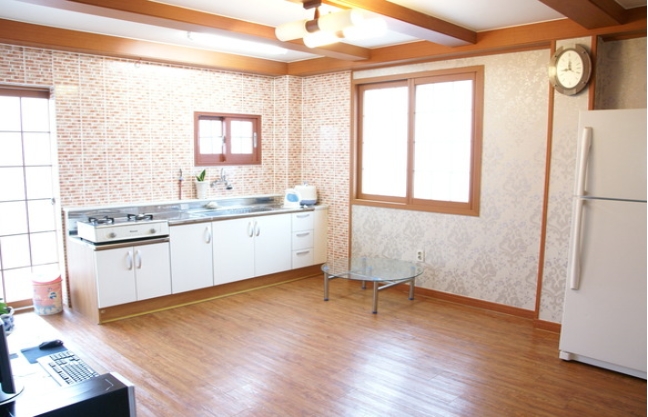 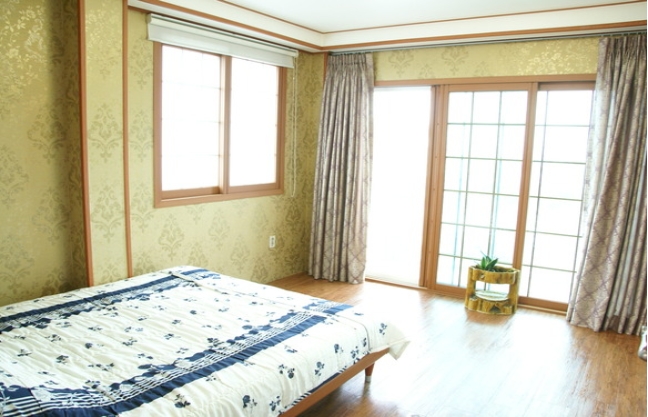 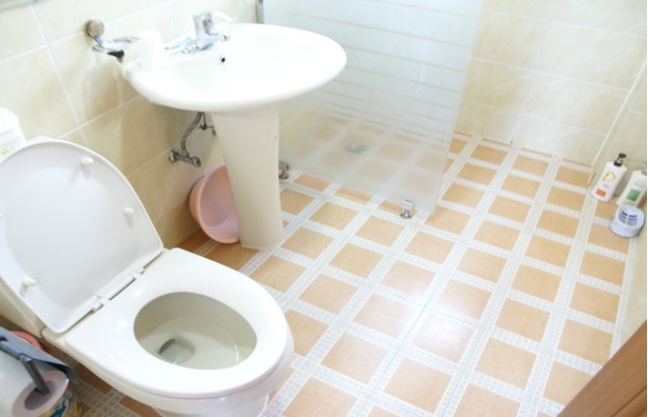 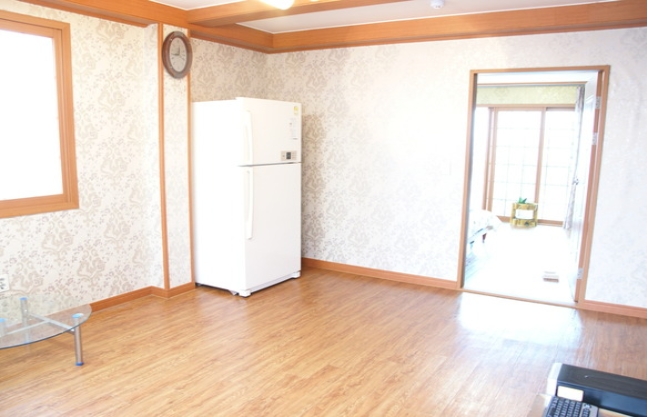 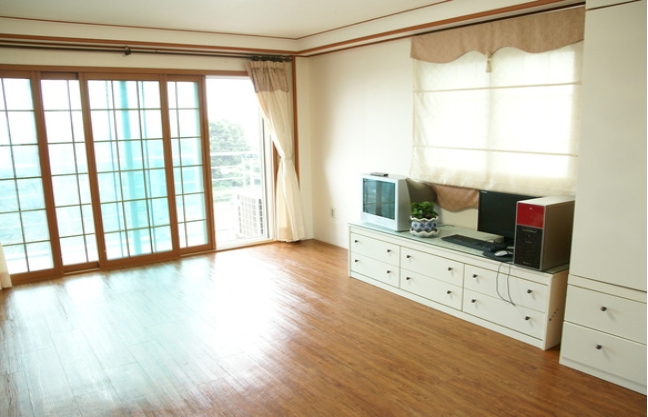 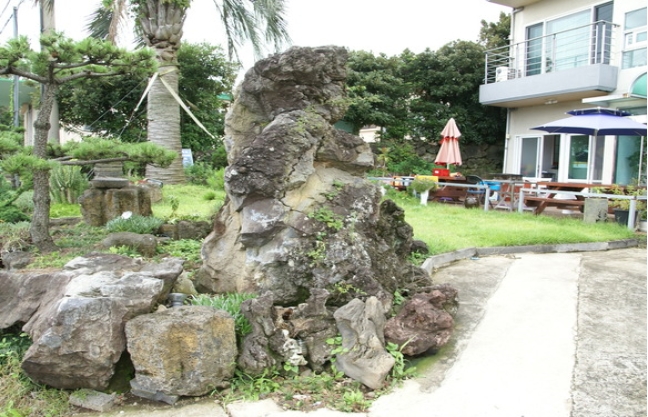 Intorduction
This route starts from the Soesokkak estuary, to explore the local life of Seogwipo city, with making its way to Lee, Jung-Seop. (Painter 1916-opportunities to visit salt makers or Lee, Jung1956) Street in the center of Seogwipo city, and seob’s residence. The forest on the route is home then on past Cheonjiyeon Pokpo(waterfall) 천지연폭포 to to five plant species that are registered as natural Oedolgae Rock. This route is known as a cultural treasures. This route is popular for beginners as it is and ecological trail route. Walkers get a chance relatively easy and can be completed comfortably.

Soesokkak 쇠소깍
Fresh water meets sea water at Soesokkak and creates a breath taking sight. You can ride the “Tewoo” log raft that floats on Soesokkak. It goes round in a loop and may be the slowest moving transportation in the world. It takes 40-50 minutes to travel across the valley on the “Tewoo” log raft and the fare is 5,000won.

Sogeummak 소금막
It is a place where salt was produced and stored by boiling sea water in the days when salt was considered very valuable. There used to be barracks for soldiers who guarded the salts from theft.

Jejigi Oreum 제지기오름
One can enjoy the view of Sup-seom(island). It’s the closest viewpoint on the whole of Jeju Island.

Gudumi 구두미
The name ‘Gudumi’ comes from the shape of the region, which resembles a turtle’s head (Gudumi) and tail (Gudumi). The water here is abundant with fresh seafood, and the land is comprised of rich farmlands and bedrocks.

Sojeongbang Pokpo (Waterfall) 소정방폭포
This five meter high waterfall is just 500 meters east of Jeongbang Falls. This waterfall is smaller, but very popular with visitors who wish to stand underneath the falling water. Its small size also adds to the friendly and safe atmosphere.

Lee, Jung-seop Museum 이중섭박물관
Painter Lee, Jung-seop (1916-1956) is one of the most famous modern painters in Korea. He had a great passion for painting and took refuge here during the Korean War (1950-1953). The museum has been built next to his old home. Going into his house you will find yourself moved by his tragic life and artistic spirit.

Cheonjiyeon Gijeong-gil (pathway on the cliffs) 천지연 기정길
The path runs through exquisite sceneries of strange rock formations and cliffs, as well as dense subtropical evergreens of the Cheonjiyeon Valley. The valley was designated as a nature preserve area. Gijeong means ‘cliff’ in the Jeju dialect.

Oedolgae Rock 외돌개
This was formed by volcanic activity at the same time as Jeju Island about 1.5 million years ago. The 20 meter stone pillar “Oedolgae” stands out and you can see a group of pine trees that grow at the very top of the pillar. Oedolgae was named for its isolated location in the sea and is unmissable spot. Take a look at the wonderful colors of the sea and the beautiful forest.

June 10 Democratic Movement Monument Stone in Seogwipo
A monumental stone that commemorates the June 10 1987 protest for democracy in Seogwipo, the southernmost city of the Korean Peninsula. It was recorded as a meaningful resistance to oppression, since Seogwipo was a small city without universities. The stone is located on the playgrounds of the Maeil Olle Market in Seogwipo. 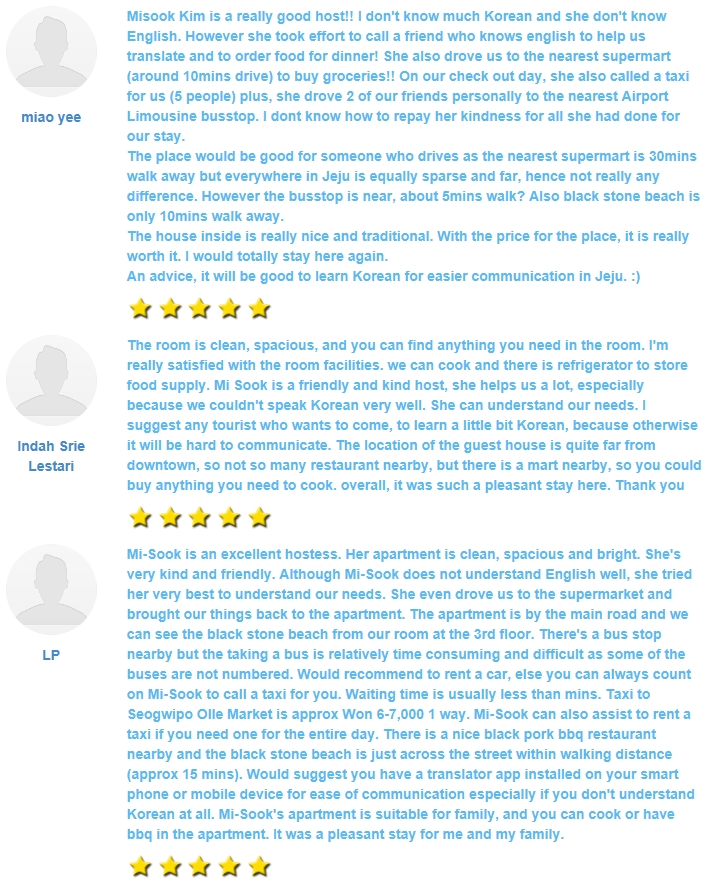