A city full of vast number of archaeological sites and cultural properties, Gyeongju 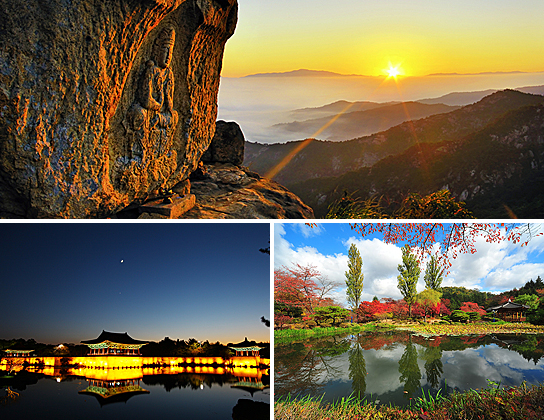 Gyeongju, the museum without walls, a coastal city in eastern South Korea, was the capital of the Silla Dynasty (57-935 BC), the longest period of reign in the history of Korea. And until now, Gyeongju still keeps a large amount of major historical sites which attracts many tourists to come.

Bulguksa Temple is known as one of Korea’s most cherished remnants of the Silla Dynasty time, which served as the spiritual and cultural backbone from the old time.Unlike most temples in Korea, Bulguksa sits upon a high stone platform, which is linked to the ground by stone staircases means to connecting the temporal world (ground level) and the spiritual world of Buddhism 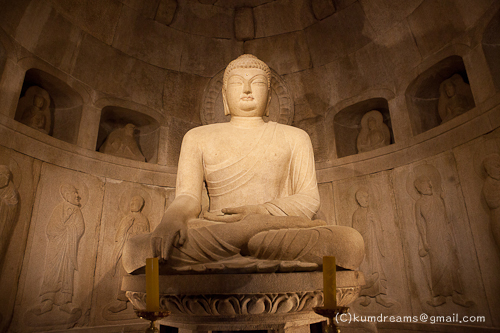 This is a classic example of high-level of Silla art and architecture, a spectacular Buddhist site. Different from the stone grottos in Indian or Chinese temples, Seokguram Grotto was assembled with artificially trimmed granite, combines the ideal Buddhist world, science , technology and great carving skills harmoniously.

More information about Gyeongju city can be referred at their official site: